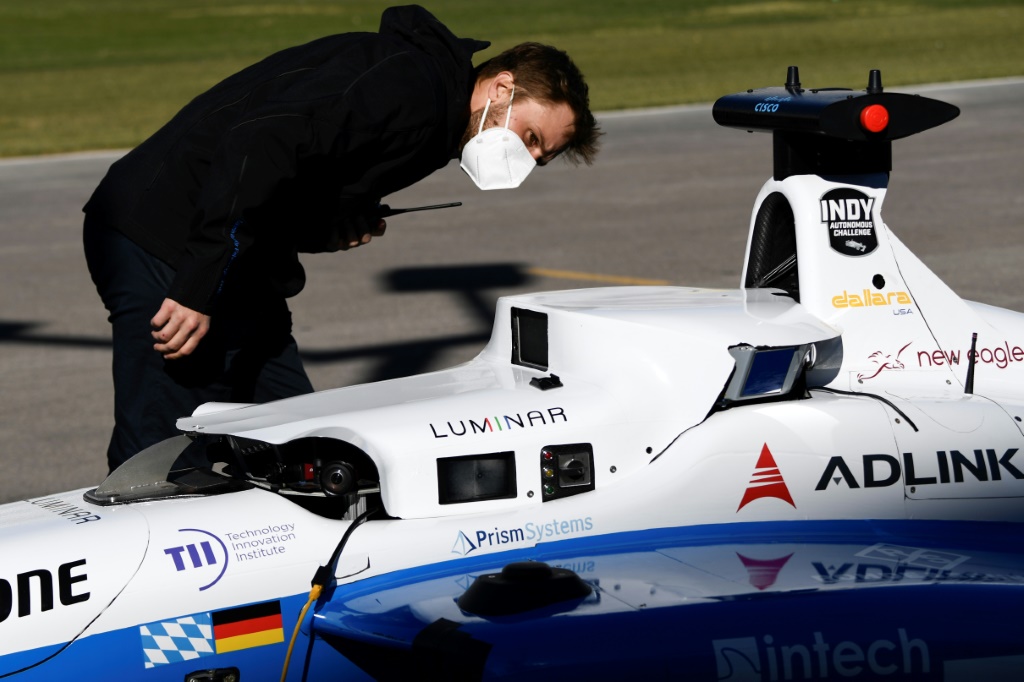 Cars are packed with electronic sensors where the driver would normally be. – Â© AFP

A race car with no one behind the wheel meandered around another to take the lead on an oval track at the Consumer Electronics Show in Las Vegas on Friday in an unprecedented high-speed match between autonomous vehicles.

Minerva was traveling nearly 115 miles per hour (185 kilometers per hour) when she passed the Kaist car, easily beating the top speed expected by race organizers.

But every rider was considered a winner by the organizers who saw the real victory as the fact that autonomous driving algorithms could handle the competition at high speed.

“It’s a success,” Paul Mitchell, co-organizer of the Indy Autonomous Challenge (IAC), told AFP before the checkered flag was waved.

Autonomous car race on the Las Vegas racetrack. The race pitted teams of students from all over the world to increase the capabilities of self-driving cars – Copyright AFP Patrick T. FALLON

The race pitted student teams from around the world to increase the capabilities of self-driving cars, improving the technology for use anywhere.

In October, the IAC put the brakes on self-driving F1 car racing to give technology more time for the challenge, preferring to let them take individual laps to see which had the best time. 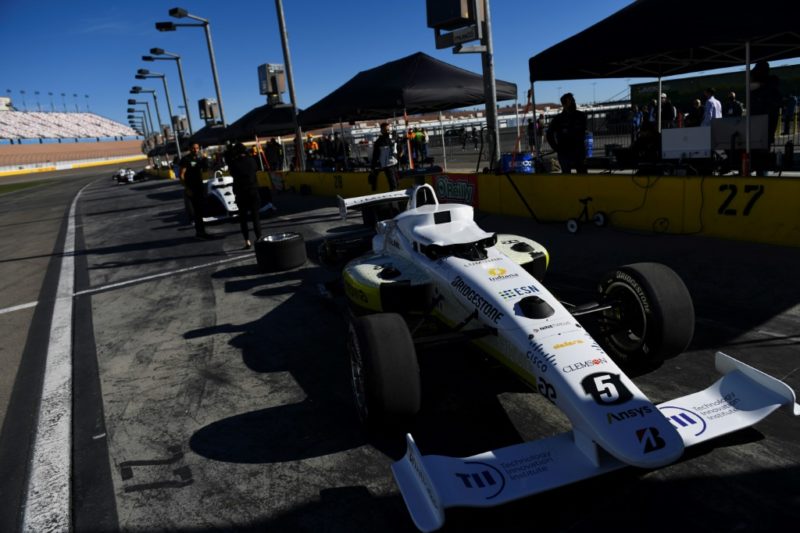 The PoliMOVE autonomous racing car from Politecnico di Milano (Italy) and the University of Alabama. The car control software must anticipate the behavior of other vehicles on the course, then maneuver accordingly. – Â© AFP

The single seat usually reserved for a pilot was during this race rather crammed with electronics.

PoliMOVE had a chance for victory in another race in October in Indianapolis, clocking around 155 miles per hour (250 kilometers per hour) before slipping into a curve, according to Rigamonti.

On Friday, it was the South Korean entry that spun after passing a car lined up by a team from Auburn University in the state of Alabama, in the southern United States.

â€œThe students who program these cars are not mechanics; most of them didn’t know anything about racing, â€said IndyCar specialist Lee Anne Patterson.

â€œWe taught them to race. “

Students program the software that drives the car by quickly analyzing data from sophisticated sensors.

The car control software must anticipate the behavior of other vehicles on the course and then maneuver accordingly, according to Markus Lienkamp, â€‹â€‹professor at Munich, TUM, who won the October competition.

Nearby, Lienkamp students are glued to screens.

“The computer has to make the same decisions as a human driver, despite the speed.”

The IAC plans to hold more races modeled on Friday’s – pitting two cars against each other, with the hope of reaching a level high enough to someday launch all the vehicles together.