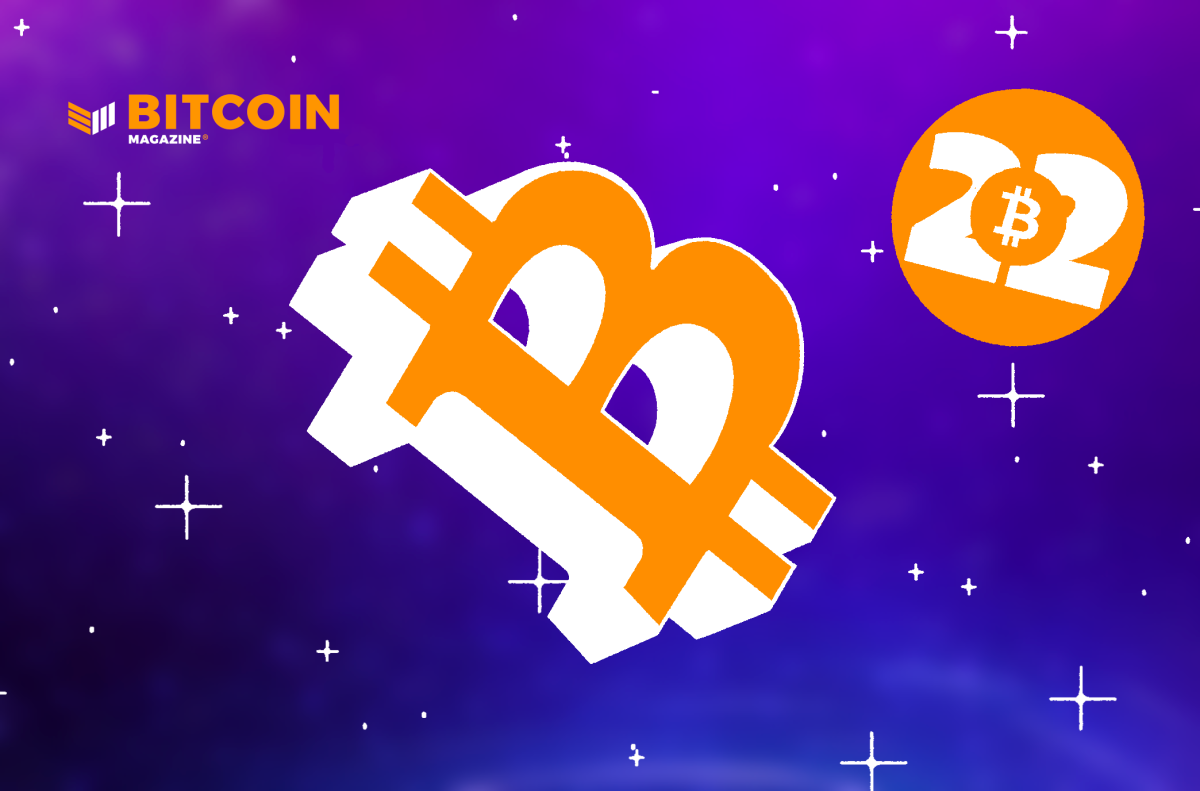 Bitcoin 2022 hosted keynote speeches, announcements, and high-level panel discussions. But the plebs also had their spotlights. The Bitcoin Bazaar was the perfect place to check out some of the most interesting bitcoin merch projects – not necessarily groundbreaking but definitely uplifting.

What I first thought was a goofy Bitcoiner meme turned out to be high quality Italian lingerie run by a lovely family. Pablo, the mastermind behind the company, is an immigrant from Argentina with decades of experience in the underwear industry and a passion for making money without government intrusion. Several years ago, he combined his two obsessions and founded Panties for Bitcoin. With “no more fiat panties” and “Be Truly Confident” as company mottos, Pablo and his family – his wife Silvia and son Michael – are doing their part for the circular economy, offering a 10% discount on orders paid in bitcoin.

Check panties at pantiesforbitcoin.com. For now, only women’s lingerie is offered, although the family is also planning to launch a line for men.

Every major conference seems to have a barber these days, and the Miami gathering was no exception. Buzz It Forward didn’t just offer a haircut, however; the project’s mission is to help underprivileged children and teens through sponsored haircuts and mentoring. So whoever got a haircut at the conference actually sponsored three haircuts for those who can’t afford it; the idea being that good hair could be the deciding factor in landing a first job for a 16-year-old, or otherwise helping in similar situations. Asked about accepting bitcoin as a means of payment, the (very friendly) barber at the stand replied that it was still new to them, but that they thought it was the future.

You can check out this project at Buzzitforward.com.

Do you need to check “Moscow time” several times a day? Are you obsessed with checking to see if the blocks tick at an average rate of 10 minutes? Worry no more, now you can switch from fiat time to Bitcoiner universal time with Blockwatch! This neat wearable lets you switch between Moscow time (sats for 1 USD), current block height, and a QR code of your public key. Fiat UTC time is also available, but only as a flash function when certain buttons are pressed.

Coinertime (the company behind Blockwatch) hails from Florida, only accepts Bitcoin through BTCPay Server for its product, and sticks to an open-source philosophy, with both watch hardware and software available under license MIT. Blockwatch is a hobby side project for the Coinertime team, their main activity being bentausa bitcoin mining company that aims to build small-scale mining farms in all 50 states.

Check them out at coinertime.com.

“Bitcoin embodies this revolution – it’s the most important of our time with a currency I can support, offering a new alternative economy based on non-confiscable sound money principles. It has freed me as an artist and to in many ways, like graffiti art, saved my life a second time by allowing me to continue creating conscious art for a community that reflects that same sentiment – ​​Bitcoin is the new graffiti.

There were quite a few artists at the bazaar, and Mear One is the one that caught my attention due to their kickass t-shirt designs. Unfortunately, we only had time for a brief conversation, so I fully appreciated his work only after the lecture, when I had the opportunity to peruse his work in detail. To my delight, I discovered that Mear One had designed the cover art for Non Phixion’s “Future is Now” album. — one of my favorite hip hop albums of all time!

Mear One is based in Los Angeles and he crossed all the United States to come to Miami.

Check out his work at Mearone.com and read his thoughts on Bitcoin and art here at Bitcoin Magazine.

“It’s always better to have the help of a buddy.

Bitcoin has been around for 13 years, and as it grows so do Bitcoiners. While mainstream journalists still portray us as young people chasing our Lambo dreams, in reality, a growing number of us are over 35 with time preference values ​​such as a spouse and many children. And in every bitcoiner’s home, kids will inevitably ask, “What’s that bitcoin thing you talk about all the time, daddy?” “Mom, dad wants to give me my allowance in sat downWhat is it?” “Who is that Satoshi guy you keep mentioning?” etc. So naturally, we need kid-friendly resources that help younger kids discover the piece. orange.

Scott and Mallory Sibley were in a similar situation, so they created SHAmory, a memory-inspired card game about bitcoin mining. SHAmory is a simple game that even a three-year-old can play (self-verified claim 🙂 ), and it explains the basic mechanics of mining while introducing relevant terms such as “nonce”, “block”, “reward” in the vocabulary.

SHAmory by itself would be pretty cool, but Scott and Mallory also wrote and illustrated “Goodnight Bitcoin”, a simple verse story about Satoshi, Hal and the creation of Bitcoin. The best part? SHAmory and “Goodnight Bitcoin” feature the same cute monster-themed illustrations, so kids naturally fall in love with both.

Learn all about SHAmory at SHAmory.com.

Soul, Spark and Smile of Bitcoin

Besides Bitcoin Bazaar, there were many interesting stalls that filled the huge Expo Hall. It was the place to be if you wanted to meet your favorite Bitcoiners (I finally got some of Mandrik’s legendary baklava!), get a book signed by Saifedean Ammous or Allen Farrington, or buy a new hardware wallet. To be honest, I enjoyed the time spent mingling with the plebs in the maze of cabins more than any of the discussions. You can always watch the chats later, but you can never recreate the feeling of meeting new friends, exploring the niches of buzzing Bitcoiner culture, or — if you hold a company stand — get first-hand feedback from your users.

Bitcoin 2022 was great; not so much for the high profile keynote speeches, but rather to meet the fellow orange pill Bitcoiners who are adding soul, smiles and sparkle to the monetary revolution.

This is a guest post by Josef Tětek. The opinions expressed are entirely their own and do not necessarily reflect those of BTC Inc. or Bitcoin Magazine.

Swiatek on a sequence of entries at Roland-Garros, with Ukraine in the lead