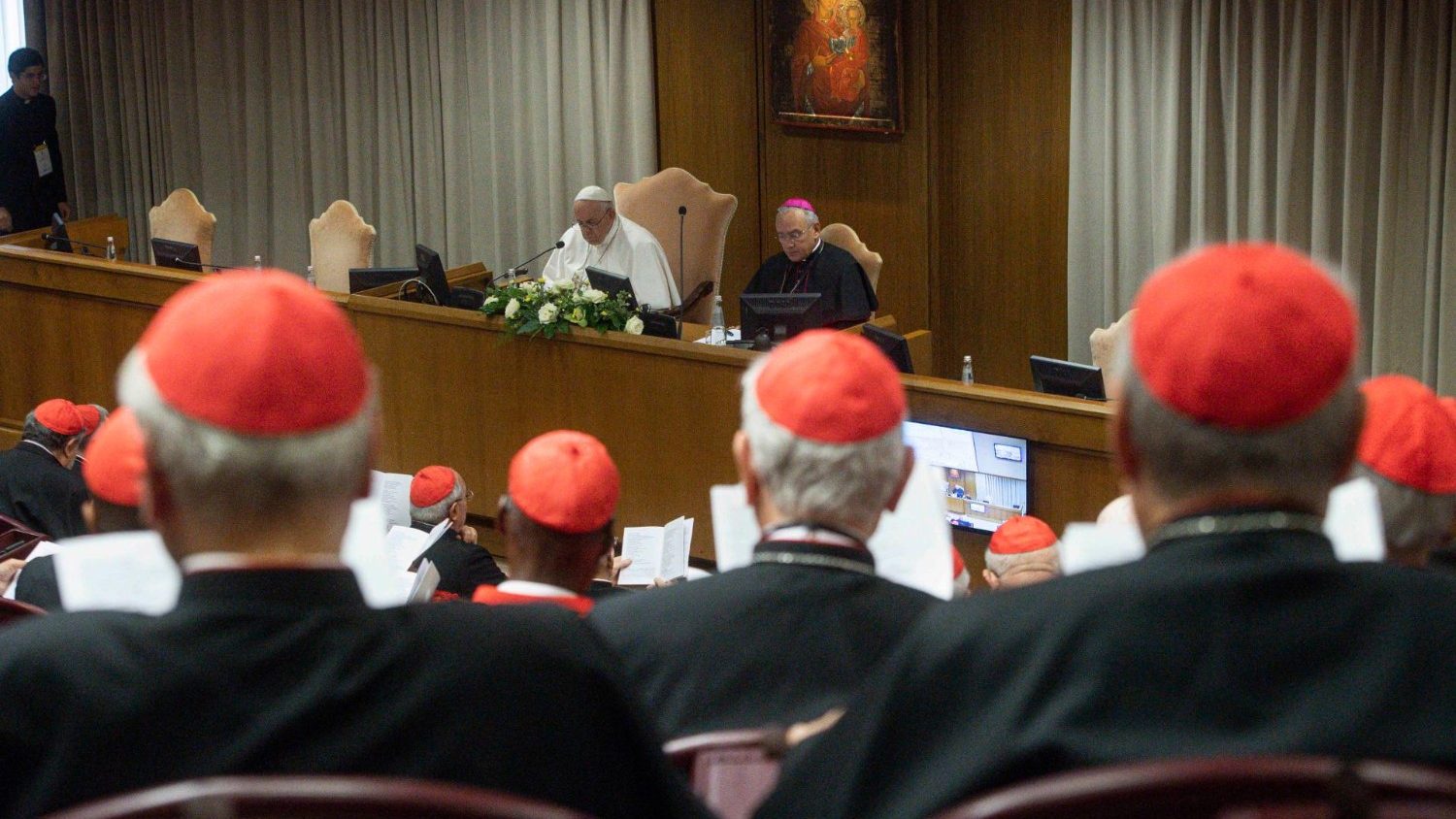 The first day of the Cardinals’ two-day meeting with Pope Francis to reflect on Praedicate Evangelium focuses on the importance of communion in the Church and the missionary call to witness to God’s love for all.

Italian Cardinal Enrico Feroci, parish priest of Santa Maria del Divino Amore (Our Lady of Divine Love) in Castel di Leva, spoke to Vatican News about the first session of the cardinals’ meeting with Pope Francis on Monday , describing the very fraternal atmosphere that characterizes this.

After the opening prayer, Pope Francis gave a few brief introductory words inviting everyone to participate and offer their own contribution to the discussions of these two days of reflection on Evangelium Predicatethe Apostolic Constitution reforming the Roman Curia.

Two days of meetings of world cardinals with Pope Francis are underway at the Vatican to focus on Praedicate Evangelium, providing a chance for cardinals to get to know each other…

The cardinals then divided into various linguistic groups and then met again to share their thoughts.

Cardinal Feroci said the cardinals addressed two main themes: that of communion, on witnessing mutual love between Christians; then the question of the difficulty of today’s society in opening up to the Gospel message and the means of overcoming these challenges.

Cardinal Marcello Semeraro, Prefect of the Dicastery for the Causes of the Saints, underlined to Vatican News the great participation of the cardinals in the meeting with an open and lively dialogue, in particular on the missionary dimension that the new Apostolic Constitution underlines, as well as on We must focus on proclaiming the greatest commandment, that we must love one another.