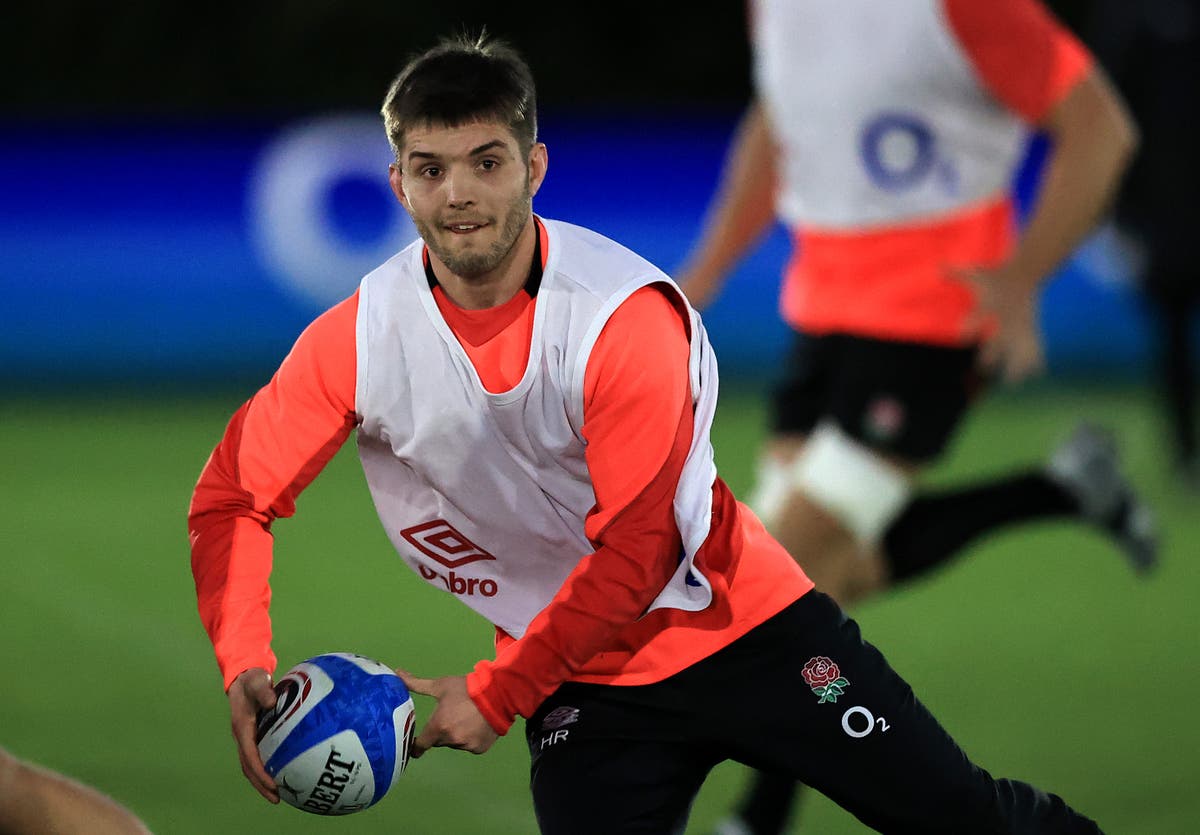 England vs Italy LIVE: Squad news and line-ups ahead of Six Nations clash

England head coach Eddie Jones has announced his side will face Italy in the Six Nations on Sunday, with a response needed after their first loss to Scotland at Murrayfield last weekend. Marcus Smith’s 17 points had put England in a winning position before the game turned on Luke Cowan-Dickie’s yellow card and resulting penalty try, and that means Jones and his team are already catching up as they look to bounce back with a win in Rome.

Jones is making six changes and Ben Youngs will have to equal Jason Leonard’s record England cap on the bench after being demoted for Sunday’s Six Nations clash. Harry Randall is the preferred starter at scrum-half with Youngs among the substitutes as he continues Leonard’s milestone of 114 England appearances. It is one of six personnel changes following the 20-17 Calcutta Cup loss to Scotland, with Eddie Jones also making two position changes.

Elsewhere, Johnny Sexton was left out of Ireland’s trip to France in Saturday’s showpiece game, in what was head coach Andy Farrell’s only change since his side’s opening win over the Country. Wales. Scotland flanker Jamie Ritchie has been ruled out of the rest of the Six Nations with a hamstring injury as Gregor Townsend has named his squad for the visit to Cardiff. Follow the latest Six Nations news as Jones names his England squad:

The youngsters are set to equal England’s Cape Town record

Ben Youngs will have to equal Jason Leonard’s England rugby cap record after being demoted for Sunday’s Six Nations clash with Italy.

Harry Randall is the preferred starter at scrum-half with Youngs among the substitutes as he continues Leonard’s milestone of 114 England appearances.

Elliot Daly has been ousted from the starting XV as part of a midfield shake-up that sees Joe Marchant move to outside center while Jack Nowell takes his place on the left wing.

The biggest changes are made up front where Luke Cowan-Dickie falls to the bench after conceding a crucial penalty try at Murrayfield, allowing Jamie George to take over at hooker.

Will Stuart is given a close-headed prop run in place of Kyle Sinckler and there is an appearance for Charlie Ewels at No. 2 where he will partner Nick Isiekwe.

A revamped back row sees Alex Dombrandt replacing Sam Simmonds at number eight and Maro Itoje taking over from injured Lewis Ludlam on the blind flank.

Joey Carbery without nerves ahead of France clash

Ireland fly-half Joey Carbery showed no signs of nervousness ahead of starting his first Six Nations in France, according to scrum coach John Fogarty.

The 26-year-old’s 16-minute cameo in last weekend’s 29-7 win over Wales was his only action since breaking his elbow in December and enduring a nightmare with injuries since the 2019 World Cup.

Carbery made his international debut in November 2016 but has started just nine of his previous 28 Test matches, including three impressive performances last year in Sexton’s absence.

“Without a doubt, when you’re advanced to start, there’s always going to be a bit of a nerve,” Fogarty said of Carbery. “He didn’t show any. The way we train is a big help, which players can take in and take out during the week.

“He looks good and ready, he’s very focused on what he wants to do – what a challenge for him. It’s exciting to see Joey in there and we can’t wait to see him.

“They can be a dangerous team and have very good players like [Paolo] Garbisi, [Sebastian] Negri and [Michele] Lamaro.

“It’s been a tough week but the players have bounced back well, trained hard and are ready to put in a good performance on Sunday.”

The Italians must name their team this afternoon.

Hooker is a competitive field when it comes to Jones picking his teams and Jamie George returns to the lineup ahead of Luke Cowan-Dickie for the visit to Italy.

It follows what has certainly been a difficult week for Cowan-Dickie, after his yellow card at Murrayfield turned the opening Six Nations game in Scotland’s favour.

Jones may have made the switch anyway, given George is an experienced and valuable international option, but the omission of Cowan-Dickie as one of six England switches is also notable.

Youngs on bench as England name squad to face Italy

It was a change that many had predicted, but Ben Youngs finds himself on the bench ahead of what should be a historic weekend for the scrum-half.

Youngs is one appearance away from becoming the most capped England men’s player of all time and equaling Jason Leonard’s record of 114 international appearances.

The 32-year-old will have to wait, however, after Bristol’s Harry Randall was selected ahead of him for the visit to the Stadio Olimpico.

Eddie Jones: ‘They are the best team to face Italy’

“We have set ourselves the goal of playing well and lighting up Rome. We have made some changes and this is the best team to face Italy. We want to start fast and bring the game to them.”

Eddie Jones has made six changes to his squad for England’s Six Nations game against Italy on Sunday. Jamie George replaces Luke Cowan-Dickie at hooker, Will Stuart replaces Kyle Sinckler at front row. Charlie Ewels starts in the middle row as Maro Itoje moves to flanker to replace injured Lewis Ludlum, with Alex Dombrandt replacing Sam Simmonds at No.8.

Harry Randall starts ahead of Ben Youngs at scrum-half, with Jack Nowell on the wing. Elliot Daly drops out and Joe Marchant moves to outside center. Tom Curry remains captain.

The England team will face Italy

England continued their winning run against Italy with a 41-18 victory at Twickenham last year, in a game played behind closed doors and with that superb finish from Jonny May.

Key decisions for Eddie Jones ahead of Italy game

Ludlum replacement: The flanker was ruled out with a rib injury following an assured performance on his return to England at Murrayfield. Ollie Chessum could make his England debut at No 6, or Nick Isiekwe could move there from the middle row.

Midfield pairing: It’s been a constant headache for Eddie Jones – and the Henry Slade-Elliot Daly partnership isn’t likely to last. Joe Marchant has been tipped to move from wing to outside centre, with Slade remaining at No.12.

Scrum-half: Does Jones continue to trust Ben Youngs, or is it time to offer Harry Randall an international start?

Eddie Jones retained a 27-man squad ahead of the Rome trip, with Lewis Ludlum ruled out and Courtney Lawes unavailable. Ollie Chessum could make his England debut if the uncapped Leicester striker is selected.