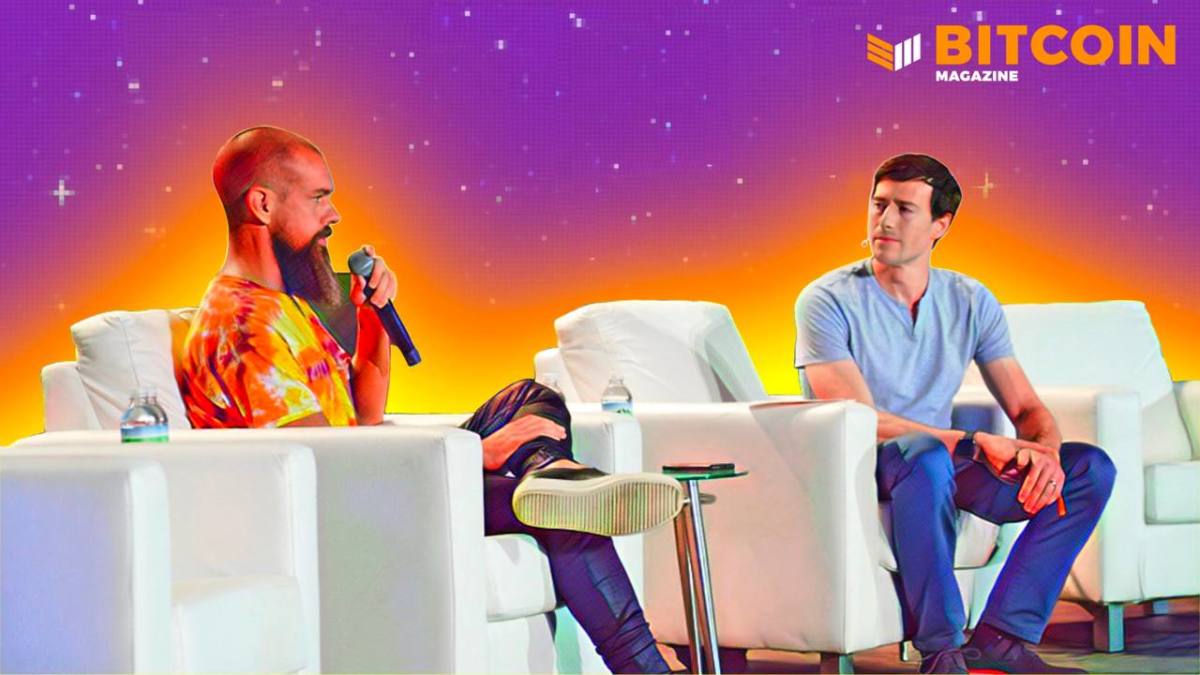 Maybe no contributor to Bitcoin Magazine explored the moral and ethical imperative of Bitcoin in greater depth than Alex Gladstein.

Gladstein is Director of Strategy at the Human Rights Foundation and he has also served as Vice President of Strategy for the Oslo Freedom Forum since its inception in 2009. His unique ability to paint a detailed picture of the economic hardships individuals face across the world has opened the eyes of so many again this year. Bitcoin’s mission as a tool of hope and promotion of human freedom is becoming more evident to a wider audience through its contributions. It would be a missed opportunity not to review his seminal works which illustrated the necessity of Bitcoin as an open and neutral global currency for humanity.

In April, Gladstein published “Bitcoin Is A Trojan Horse For Freedom,” which explained how Bitcoin recruits individuals and nations to become promoters of freedom against tyranny and authoritarianism by triggering innate human emotions of self-determination. preservation and greed – even if one has no altruism. This is an important introduction to the game theory behind Bitcoin. Its unwavering math is designed to improve all of us. And in this way, we can advance human rights around the world.

His next contribution, “Uncovering the Hidden Costs of the Petrodollar,” was a deep dive into the tarnished history behind the US dollar’s rise to status as the world’s reserve currency and its impact on foreign policy, energy and the economy. environment. He described how the United States was able to retain unprecedented and outsized economic dominance using an exclusive military pact with Saudi Arabia that led to the world pricing oil in dollars and hoarding American debt. While Bitcoin’s open transparency makes it an easy target for critics who bemoan its power consumption, the dollar’s adverse effects are less visible. Gladstein’s essay was a significant advance in our understanding of why a dollar-based reserve currency is unsustainable and undesirable for nations around the world.

In May, Gladstein’s essay “Check Your Financial Privilege” recalled anecdotes from emerging markets to illustrate how Bitcoin offers important and valuable use cases for those who lack the financial security that many of us do. taken for granted in the Western world. Those who scoff at Bitcoin are often blinded by the fact that 87% of the planet lives under autocracy or is forced to use unreliable currencies. 4.3 billion people live under authoritarianism and 1.2 billion people live under double or triple digit inflation. Examining how bitcoin is used in countries such as Nigeria, Sudan and Ethiopia has given readers a new perspective on why it is such an important tool of liberation for so many. people around the world.

“The Humanitarian And Environmental Case For Bitcoin” examined the issues of corruption and dependency on foreign aid, as well as how bitcoin can foster renewable energy in the developing world. Indeed, much of the aid sent to emerging markets is flowing into elite coffers. Gladstein argues that much of this corruption could be avoided with Bitcoin as a corruption-resistant means of payment. Additionally, developing countries can free themselves from oppressive and corrupt sources of foreign aid by extracting value from locked-in power, through Bitcoin mining.

A few weeks later, Gladstein took the opportunity to ask the President of El Salvador, Nayib Bukele, if his government had considered mining Bitcoin. Bukele replied that he hadn’t thought about it, but the question immediately made him realize that his country had untapped geothermal resources that could be used for mining. In November, El Salvador announced a $1 billion volcanic bond.

In June, Gladstein interviewed Jack Dorsey at Bitcoin 2021 in Miami and discussed what was it about Bitcoin that made Dorsey focus on it. The conversation covered a number of topics, including Bitcoin’s crucial role in banking the unbanked, promoting financial rights in emerging markets, resisting censorship, resisting discrimination, self- custody and human rights. The interview captured international media attention and helped push the narrative of Bitcoin’s humanitarian mission forward. In December, Dorsey would quit Twitter and turn his full attention to his newly rebranded company, Spiral, and Bitcoin.

Gladstein’s next essay, “Fighting Monetary Colonialism With Open-Source Code” exposed France’s monetary colonialism that continues to exploit 15 African nations. It tells how Senegalese families lost 50% of their purchasing power overnight and details the insidious and unjust monetary and trade policies imposed by the CFA franc, as part of a hidden colonialism that has persisted for years. after decolonization. Out of this oppression emerges a hopeful story, as told by Fodé Diop’s mission to bring Bitcoin to Senegal.

On Independence Day, “Bitcoin and the American Idea” gave us readers the opportunity to reflect on the founding of America and the pressures that pull us away from its cherished values. Reminiscent of President Eisenhower’s farewell speech, we now have the benefit of hindsight to see Eisenhower’s fears realized by the rise of the military-industrial complex and the emergence of Bitcoin in response to these dark forces. Gladstein reminds us of Isaiah Jackson’s work on how Bitcoin can help uplift Black Americans despite a discriminatory banking system that continues to fail the community. And we learned Al Moutar, who believes Bitcoin can help liberate people around the world and spread American values ​​more effectively than American military campaigns ever could. We are inspired by Bitcoin as a new statement of optimistic values ​​for the future of our civilization.

In late July, Gladstein explored Bitcoin’s potential to give Palestinians an opportunity for peaceful protest and sovereignty in response to the oppressive economic policies outlined in his essay, “Can Bitcoin Be Palestine’s Currency Of Freedom?” While many people are aware of the challenges of living in the occupied Palestinian territories, few are aware of the economic hardships which are aggravating already intolerable living conditions. Bitcoin, again, is being touted as a solution that can facilitate remittances from overseas, provide banking services, help prevent confiscation, and avoid degradation of household wealth.

August inaugurated “Inside Cuba’s Bitcoin Revolution”, which investigated the country’s human rights crisis and the growing revolution of using Bitcoin as a peaceful protest in response to oppressive economic policies. Gladstein summarizes the history and circumstances that led to the dire economic situation and the unfair role of the Cuban Convertible Peso (CUC) in daily life. The adoption of Bitcoin allows Cuban citizens to circumvent these difficulties and have a chance at economic sovereignty.

Then he published “Finding Financial Freedom In Afghanistan”, which tells the story of Roya Mahboub – the first female Afghan tech CEO and one of the first entrepreneurs to introduce Bitcoin in Afghanistan. Once again we learn of the extreme economic collapse and hardship for the people of Afghanistan and the crucial role Bitcoin can play in providing a lifeline.

In September, Gladstein reported on his travel experiences in “The Village and the Strongman: The Unlikely Story of Bitcoin and El Salvador” after visiting El Salvador to learn about its pioneering adoption of bitcoin as legal tender. We have learned of the proliferation of QR codes and Bitcoin ATMs coming to life in this largely unbanked country. He covered the rapid emergence of the Lightning Network within the country’s borders and national skepticism and opposition to the Bitcoin law and concerns with the country’s opportunistic president.

In October, “The Quest For Digital Cash” gave us the detailed history of the cypherpunk movement and the evolution of Bitcoin by Satoshi Nakamoto. Much of the digital privacy and encryption we take for granted today can be attributed to this movement for individual sovereignty and human rights. By telling this story, readers get a new appreciation for the sacrifices and efforts of this generation of crypto advocates. It demonstrates to readers that Bitcoin is the culmination of a long journey dating back to the early days of the digital revolution.

“The End Of Super Imperialism” is Gladstein’s latest opus, released in November. In it, we discover Michael Hudson’s book “Super Imperialism”, which documents the events that led to the dollar-dominated global economy and its far-reaching impact. Much like the harsh monetary colonialism of the CFA franc, the US dollar offers Americans an exorbitant privilege at the expense of other nations. Gladstein’s account of Hudson’s work exposes the largely invisible effects of a dollar-based monetary system.

It can be difficult to keep up with Gladstein’s prolific writing. Fortunately, Guy Swann recorded each of Gladstein’s Bitcoin Audible tries.

His essays are practically required reading for those who want to understand the moral case for adopting a Bitcoin standard. They give readers insight into regions, peoples and economic hardships that many of us are privileged to ignore. The more we learn, the more we can begin to appreciate and understand that Bitcoin is far more important than we can imagine. These essays cement the crucial mission of bringing economic sovereignty to the world when it is most needed. We look forward to continuing this journey with Gladstein in 2022 and beyond. We can’t thank him enough for teaching us how much bitcoin means so much to those outside of our lives and for envisioning a better future for humanity and individual human rights.

This is a Level39 guest post. The opinions expressed are entirely their own and do not necessarily reflect those of BTC Inc or Bitcoin Magazine.