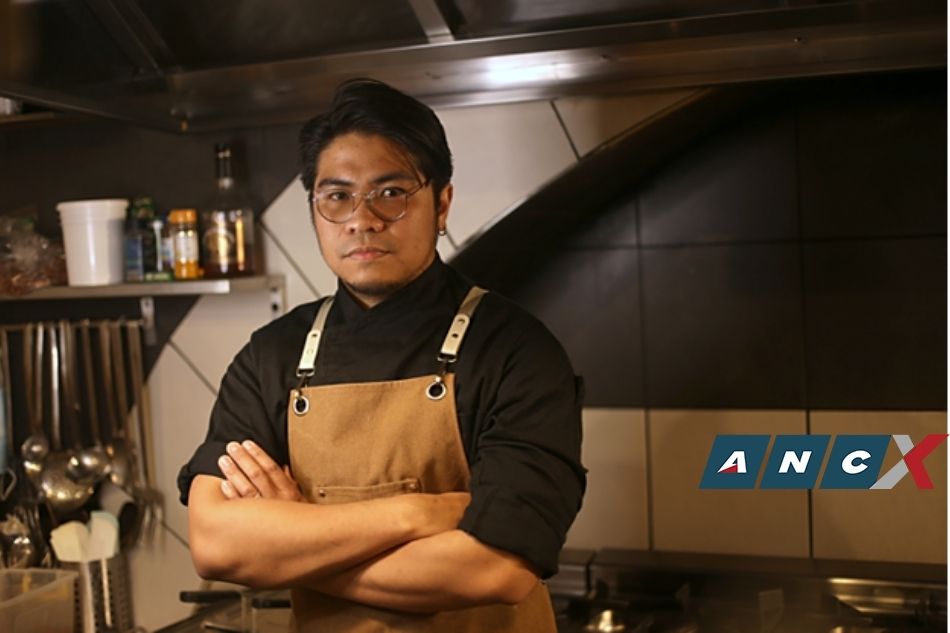 In many parts of the world, Filipino cooks and chefs are introducing Filipino cuisine to a greater or lesser extent. One such ambassador is chef Morris Danzen who has found ways for residents of a seaside town in Sicily to enjoy the flavors he grew up with.

Chef Morris is quite proud that his audience, both Italian and Filipino, recognize the touch of a Filipino chef in the specialties that come out of his kitchen. “I use Filipino ingredients like kamote, soya sauce. I use Filipino techniques and the flavor profiles are Filipino which [the diners] really appreciated.”

Chef Morris found his calling in fusion cuisine after moving to Italy and working in a trattoria. Falling in love with an Italian woman, he followed his heart and married her in Italy. The couple settled in their hometown, where their family owns the said trattoria. But business was not going well.

“I was asked to help run the restaurant and do whatever [I could] to help him,” recalls Chief Morris. “I was hesitant at first, because I didn’t want to do traditional Sicilian cuisine. So, I suggested we do a fusion of Sicilian and Filipino cuisine, but only if they were willing to make the switch.

After two hugely popular “Filipino Nights”, during which Chef Morris created 6-course menus of Filipino dishes, he finally got approval from his wife’s family to make changes to the trattoria’s menu. This led the company to grow from a traditional Sicilian trattoria to a restaurant serving “Filipino cuisine with a twist” but tailored to the European palate. The name: Fusion cuisine La Bottega.

The change brought good business. Until the pandemic hit. The restaurant had to undergo renovations but is now back to serving customers again. “We got an offer to work with a pub that wanted to do a fusion of oriental and Mediterranean cuisine, but what we’re doing here is a lot of bites, with a Filipino twist,” says chef Morris.

Having won a TV cooking competition in Italy (Gino Cerca Chef), Chef Morris has proven his creativity by combining different flavors to achieve delicious results. What inspires him? “I just cook food that I really, really like,” he says. He turns to his childhood memories and the many things he learned from his mother for inspiration. He has a dish, for example, based on ensaladang talong“I use a white eggplant, grill it and garnish it with anchovies, tomatoes and tomato purée. I use rice paper on top to represent how we traditionally eat it with rice. It’s like an eggplant steak.

His favorite among his creations, however, is a barbecued monkfish. “His marinade is inspired by the Filipino barbecue. I serve it with a tomato salad.

Chef Morris’ story was discovered by Mga Kuwentong Pagkain of the Mama Sita Foundation, an initiative the famous Filipino brand launched in 2012 as an annual food story-writing competition. Now in its 10th year, it continues to bring people from all walks of life together to rediscover and celebrate Filipino cuisine all over the world.

For Chef Morris, the ideas of combining Filipino cuisine with Sicilian cuisine come easily because the two cuisines have similarities. Sicilians, he says, love agrodolce (sweet and sour), and have a penchant for fried foods, “and punchy, fish-based foods. In techniques, the way of preparing fish is almost the same. With escabeche and fish in agrodolce. Theirs is simple, but the same as ours.

Chef Morris also applies Filipino cooking techniques to add more flavor to simple, straightforward Sicilian dishes. “When we make our sauces, we try to find unusual ingredients like liver, patis…. We get umami flavors from these ingredients, which you cannot find here in Sicily. [We have what we call] sahog. Our way of marinating food, as well as the taste profile: punchy! »

From Sicilian cuisine he learned the beauty of simplicity. “I’ve learned that the simpler the better, in a way that lets you understand what you’re eating,” says the chef. It helps that premium fresh seafood ingredients are abundant in Sicily. He appreciates how local cooking techniques contribute to the freshness of frutti di mareshine.

Being the only Filipino residing in the immediate area, Chef Morris feels the weight of the responsibility to make Filipino cuisine known and appreciated. But he says it’s not easy to showcase Filipino food where he is. “There are a lot of cuisines we compete with,” he adds. That’s why he can’t help but be proud of other Filipino chefs in different parts of the world who work to share the delights of Filipino cuisine. It takes creativity and hard work to help others discover and appreciate it, he says – two things Chef Morris has implemented in Sicily over the past three years, promoting Filipino flavors and fleshing out the stories behind them.

5 Pizza Questions You Didn’t Know You Had | Articles