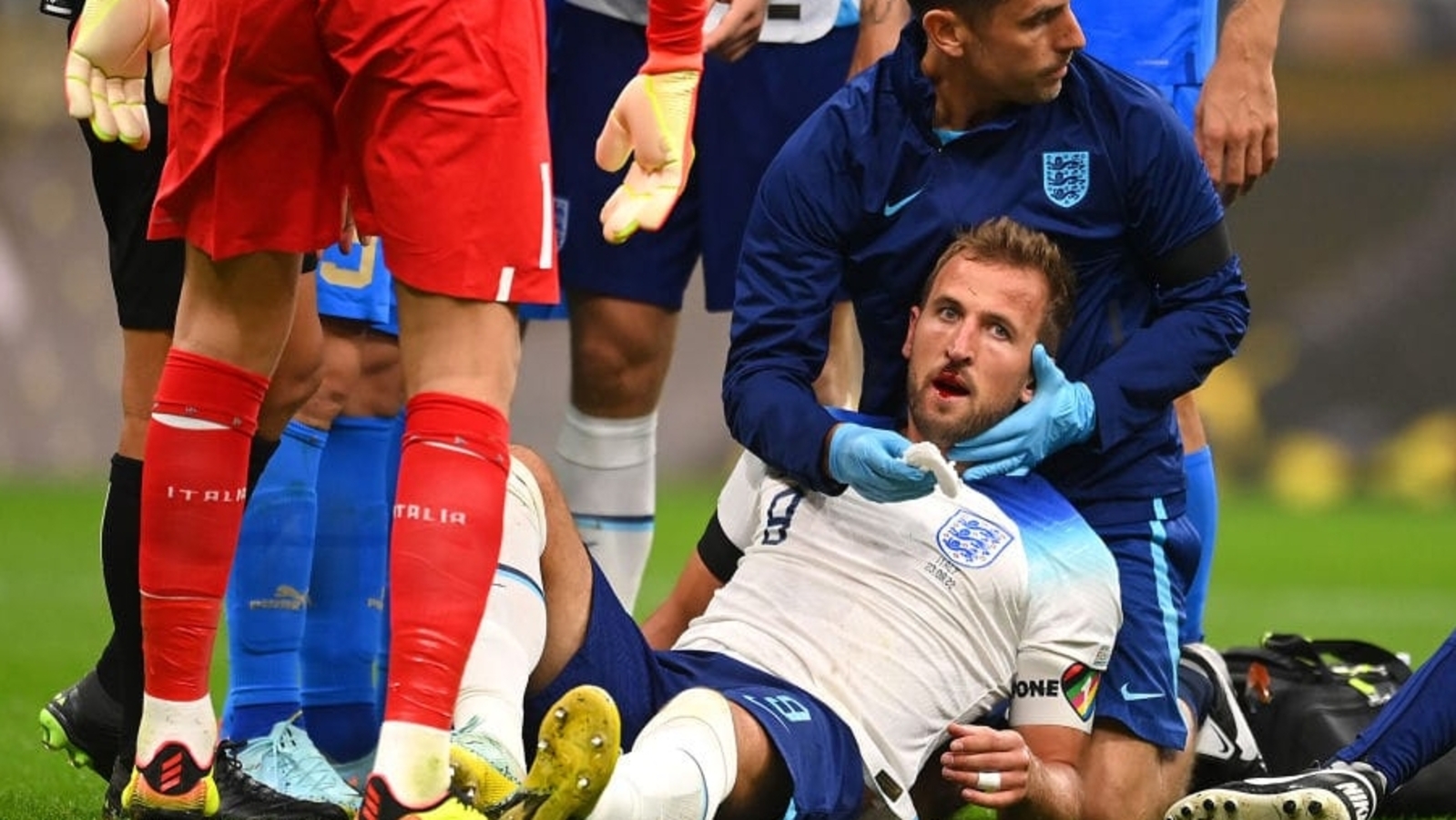 England were relegated from the top tier of the UEFA Nations League on Friday after losing 1-0 to Italy at the San Siro in Milan. The match summed up England’s sluggish run to the next FIFA World Cup this year and Gareth Southgate also received an injury scare in the form of Harry Kane. The Tottenham striker suffered a horrific injury after clashing with Rafael Toloi, when he tried to direct the ball towards goal. After the clash, Kane fell and screamed in agony with medics rushing to his aid and he had blood pouring from his mouth. After doctors treated him, the star striker continued playing much to his coach’s relief.

In a game that saw few chances, Italy managed to seal a 68th-minute winner with Giacomo Raspadori scoring for the hosts. England barely managed an effort and were also denied a penalty after Kane’s collision with Toloi. The visitors have scored just one goal, a penalty, in their five Nations League games before their final home game against Germany on Monday. Italy still have a chance to top the group and qualify for the qualifiers, but they will have to beat Hungary in Budapest on Monday after the leaders’ upset 1-0 win in Germany.

Italy started on a commanding note in the opening minutes, with a header from Gianluca Scamacca pushed onto the post by Nick Pope. The first half slowly turned into a battle for midfield supremacy, with both teams barely creating any concrete chances.

The cautious approach was well understood by fans and critics alike as England lost to Hungary 4-0 in the previous game in June and Italy lost 5-2 to Germany. But Italy had other plans and Raspadori’s clean finish was enough to secure a win for the home side.

Successfully subscribed to the newsletter

Thank you for subscribing to our Daily news capsule newsletter.