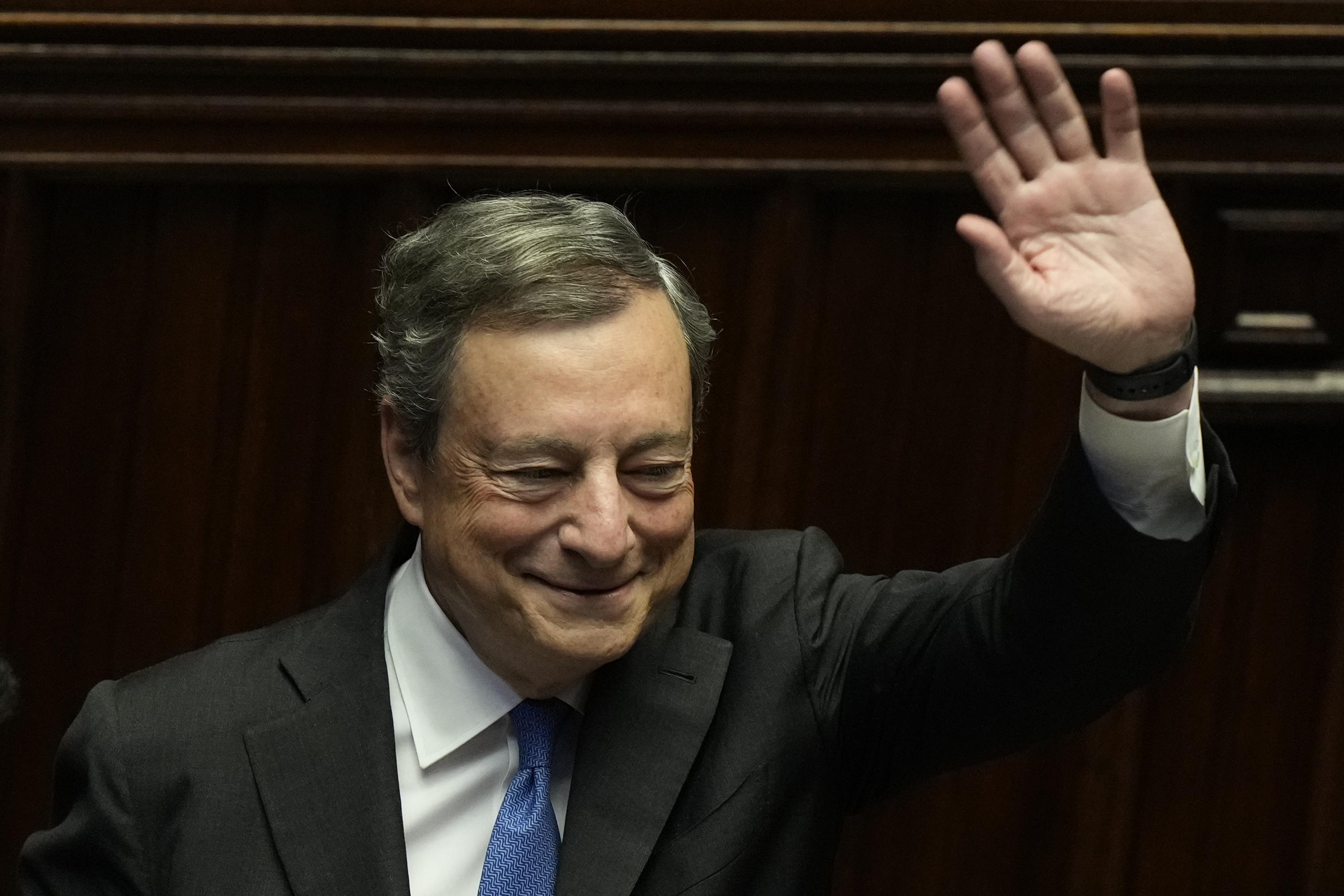 ROME (AP) — Italian Prime Minister Mario Draghi resigned on Thursday after key coalition allies boycotted a confidence vote, signaling the likelihood of a snap election and a new period of uncertainty for Italy and the EU. Europe at a critical moment.

Draghi tendered his resignation to President Sergio Mattarella during a morning meeting at the Quirinal Palace. Mattarella, who rejected a similar resignation offer last week, “took notice” this time and asked Draghi’s government to stay in place on an interim basis, the president’s office said.

Draghi’s national unity government imploded on Wednesday after members of his uneasy coalition of right, left and populists rejected his call to regroup to complete the legislature’s natural term and ensure implementation of the agenda pandemic recovery program funded by the European Union.

Instead, the center-right parties of Forza Italia and the League and the populist 5-Star Movement boycotted a confidence vote in the Senate in a clear sign that they were done with Draghi’s 17-month government.

“Thank you for all the work done together during this period,” Draghi told the Lower House of Deputies before going to see Mattarella. Visibly moved by the applause, he repeated a quip that even central bank chiefs have heart.

Italian newspapers on Thursday were united in outrage at the surreal outcome, as Italy grapples with soaring inflation and energy costs, Russia’s war on Ukraine and the ongoing reforms needed to secure the remainder of the EU’s €200 billion recovery fund.

Mattarella had tapped the former head of the European Central Bank – who was known as ‘Super Mario’ for his ‘no matter what’ bailout of the euro – to pull Italy out of the pandemic last year and lay the groundwork to take advantage of the recovery of EU funds.

But the 5-Stars, the biggest vote-gatherer in the 2018 national election, had been chafing for months that their priorities of a basic income and minimum wage, among others, were being ignored. The Five Stars last week boycotted a vote of confidence linked to a bill to help Italians through the crisis, prompting Draghi to offer to quit for the first time.

Mattarella then rejected the offer and asked Draghi to return to parliament to brief lawmakers on the situation. He did so on Wednesday by calling on party leaders to heed pleas for unity from ordinary Italians who have signed petitions asking him to stay.

While the next steps were unclear, the outcome suggested Mattarella could dissolve parliament after a period of consultations, paving the way for snap elections as early as late September or early October. The legislature’s five-year term was due to expire in 2023.

Mattarella was due to meet the speakers of the upper and lower houses of parliament later Thursday, his office said. These consultations usually precede a public statement by Mattarella of its intentions.

Opinion polls showed neck and neck percentages for the centre-left Democratic Party and the right-wing Brothers of Italy party, which remained in opposition to Draghi’s coalition.

Democrat leader Enrico Letta was furious with the result, saying parliament had betrayed Italy and urging Italians to respond at the polls. “Let the Italians show on the ballot that they are smarter than their representatives,” he tweeted.

Italy’s Brothers have long been allied with former Prime Minister Silvio Berlusconi’s centre-right Forza Italia and Matteo Salvini’s League, suggesting that a centre-right alliance would likely prevail in any election and propel the leader of the Giorgia Meloni brothers to become Italy’s first female prime minister.

Meloni, who had been aiming for a snap election since before the crisis erupted, triumphed.

“The will of the people is expressed in only one way: by voting. Let us restore hope and strength to Italy,” she said.

The Role of the Media ⋆ Brownstone Institute