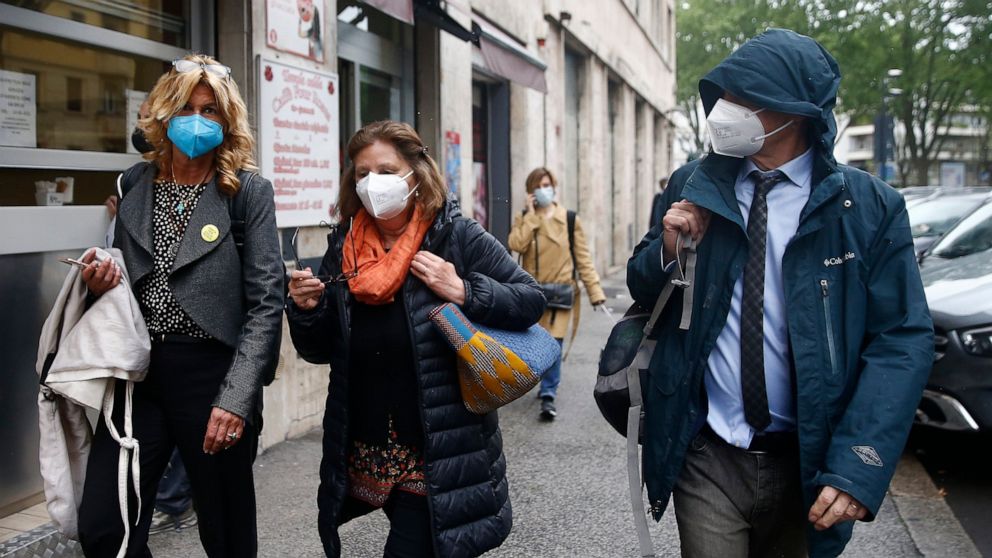 ROME — Italy’s top criminal court has rebuffed efforts by prosecutors to relaunch the trial of senior Egyptian security officials in the 2016 murder by torture of an Italian doctoral student.

The Court of Cassation ruled in Rome on Friday night that there was no appeal against a lower court ruling last year that the trial could not continue because the defendants had no not been officially informed of the charges and the date of the trial.

Giulio Regeni, 28, was researching Cairo’s street vendor unions when he was abducted, tortured and killed, his mutilated body found alongside a highway days after he disappeared in the Egyptian capital.

The case has strained relations between Italy and Egypt, an ally in Italian efforts to fight international terrorism. At one point, Italy withdrew its ambassador to pressure Egyptian cooperation in the investigation. Italian prosecutors pursued the case, eventually securing the indictment of the four Egyptians, who will be tried in absentia in a Rome courtroom.

In a telephone interview broadcast on Italian public television on Saturday, family lawyer Alessandra Ballerini called the latest decision “a wound to justice for all Italians”.

Defense lawyers had successfully argued that the defendants were never officially notified because they did not provide their official addresses, a requirement of the Italian judicial system. Unless they can be notified, the trial remains suspended, thus halting the case in the courtroom indefinitely.

The use of this loophole has been particularly upsetting for Regeni’s family and friends because, they say, the defendants are widely known in Egypt due to their prominent role in that country’s security apparatus.

“As citizens, we cannot accept impunity for those who torture and kill,” Ballerini said.

Friday morning, hours before the decision, family, friends and supporters of Regeni’s pursuit of justice in his murder had gathered outside the courthouse.

Prosecutors had argued before the court of cassation that there was “reasonable certainty that the four Egyptian defendants were aware of the existence of the criminal case against them”, Italian news agency ANSA said.

Ahead of the ruling, Regeni supporters had appealed via social media for help in tracing the legal addresses of the defendants.

His mother, Paola Regeni, told reporters that her son’s body had been so badly mutilated from the torture that she only recognized the tip of his nose when she saw him.

Human rights activists said the marks on his body resembled those resulting from widespread torture at the premises of the Egyptian Security Agency.

Italian prosecutors had charged police major Sherif Magdy; Police Maj. Gen. Tareq Saber, who was a senior Homeland Security Agency official at the time of Regeni’s abduction; Colonel Hesham Helmy, who served in a security center responsible for maintaining order in the Cairo neighborhood where the Italian lived, and Colonel Acer Kamal, who headed a police department responsible for street operations and discipline .

After Regeni’s body was discovered, Egyptian authorities claimed the Cambridge University PhD student had been killed by a gang of robbers.