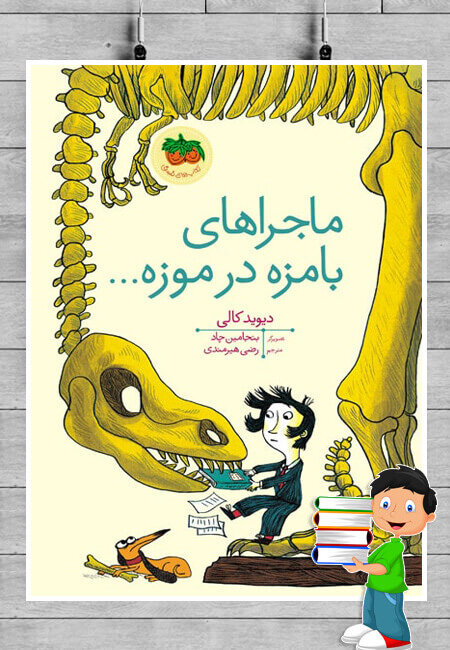 “This is the wonderfully wacky world of the famous international team of author-illustrators Davide Cali and Benjamin Chaud,” Amazon writes of the book.

â€œThe notoriously (and deliciously) unreliable narrator, Henry is late to a museum where his class spends the day. But he has a plan: he’s just going to catch up in one of the exhibits. This is not possible in these rooms! With erupting volcanoes, charging dinosaurs and lurking secret stairwells, reuniting with classmates becomes a quest of outrageous proportions. Young readers will revel in the wacky antics of this entertaining book.

Chronicle Books published the original book in March 2017 and Razi Hirmani is the translator of the story.

Ofoq has previously released Hirmani’s translations of â€œThe Truth About My Amazing Summerâ€ and â€œA Funny Thing Happened on the Way to Schoolâ€ by the duo.

Cali is a writer of picture books and graphic novels, primarily for children and young adults. His work has been published in 25 countries and translated into many languages. He also writes under the pseudonyms Taro Miyazawa and Daikon.

Photo: A poster for the Persian copy of “A Funny Thing Happened at the Museum” by Italian writer Davide Cali.

Anna Mahjar-Barducci, the journey of a Moroccan-Italian writer based in Al Quds