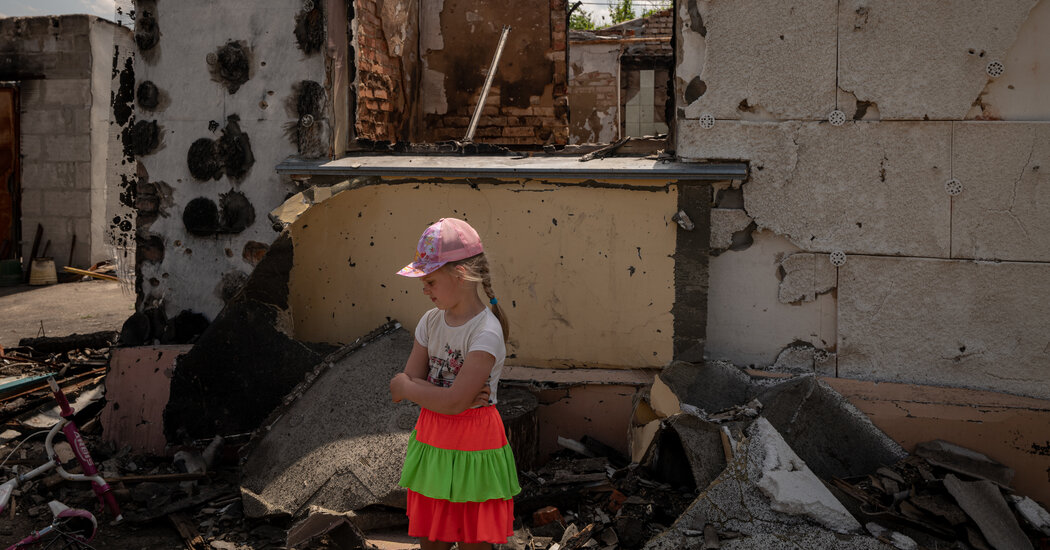 A European freighter was ready to set sail for Italy from the Ukrainian port of Mariupol with its load of 15,000 tonnes of steel slabs at the end of February. Then Russian soldiers invaded Ukraine. Three months later, there are signs that the ship could be seized by separatists allied with Russia.

On Tuesday, a self-proclaimed representative of the Donetsk People’s Republic, the region’s pro-Russian separatists, told crew members of the cargo ship that local authorities were preparing to take possession of it, the ship’s owners said. This would effectively give Moscow control of the ship.

Donetsk People’s Republic officials did not respond to a request for comment.

The ship, the Tzarevna, belongs to the Fratelli Cosulich group, an Italian shipping company based in Genoa. Augusto Cosulich, the company’s chief executive, said in an interview that the threat to seize the ship “worries us.”

“It’s a clear abuse of power in wartime,” he said.

He added that a representative of the separatists had offered the ship’s crew $1 million to buy the cargo. The Tzarevna, built in 2004 and currently sailing under the flag of Malta, is worth much more, he said, around $9 million. And his load of steel slabs, produced by the Azovstal steelworks, a symbol of Ukrainian resistance to the Russian invasion, is worth 12 million dollars.

“There’s no way we’re going to accept this extortion,” he said.

The ship is in good condition and even temporarily housed crew members from other cargo ships that were bombed during the long battle for the port of Mariupol in eastern Ukraine. It currently has five Bulgarian crew members on board.

It was not immediately clear what the Russians would do with the freighter. Mr. Cosulich warned that his company would sue any entity that takes possession of the ship and docks in an international port. He added that Italian and Maltese authorities had been informed of the matter.

Giovanni Toti, president of Italy’s Liguria region, where the Fratelli Cosulich Group is based, said Italian Foreign Minister Luigi Di Maio assured him he was committed to stopping the nationalization of the ship . Ministry officials confirmed they were working on the issue.

On the eve of the war, the Tzarevna had to carry its cargo of steel to the industrial port of Monfalcone in northeast Italy, near the center of the Italian steel industry, where rolling mills reduce the thickness slabs to make large plates such as those used to build ship hulls.

“This cargo was supposed to take the traditional route that steel slabs do from Ukraine and Russia to Italy,” said Gianclaudio Torlizzi, commodities analyst and founder of Italian consultancy T-Commodity. .

Before the war, Italy imported a third of its steel slabs, cast iron and scrap from the Ukraine and Russia, or about 30.2 million tons of steel.

Swiatek flees with the semi-final of Roland-Garros; winning streak at 34