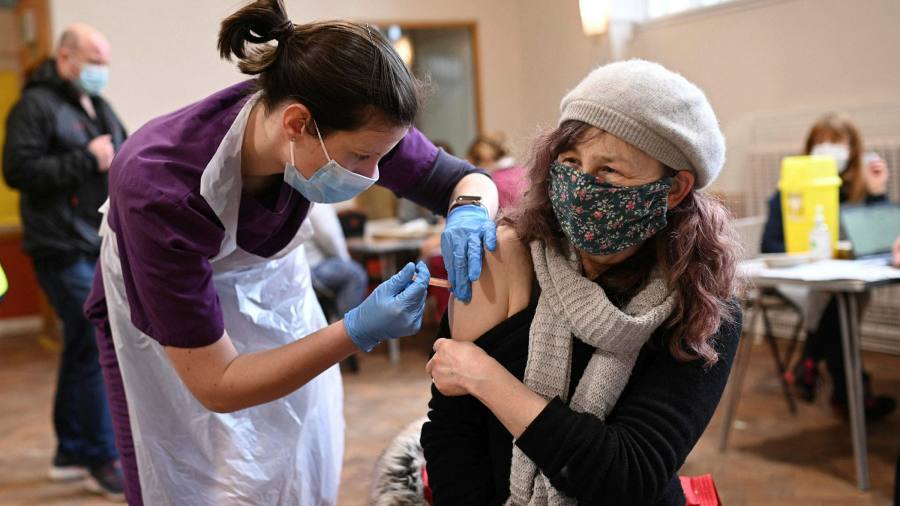 October marked further signs of progress for the United States as it seeks to bring its latest wave of the coronavirus pandemic under control.

National trends in infections, hospitalizations and deaths are on the decline, while the vaccination rollout has recently gained new momentum with the launch of the Covid-19 booster program.

Two-thirds of the U.S. population have received at least one dose of a Covid-19 vaccine, while 58% have been fully immunized, according to data released Monday by the Centers for Disease Control and Prevention.

Vermont, Rhode Island, Connecticut and Maine are the only states with more than 70% of their populations fully vaccinated, while 12 states have yet to cross the 50% mark.

At the end of October, 47,103 people were being treated for Covid-19 in hospitals in the United States, a drop of nearly 26,000 patients from the level at the end of September, according to a Financial Times analysis of data released by the department on Monday. health and social services.

Colorado, Michigan, Minnesota, New Hampshire, New Mexico and South Dakota are the only states to have had more hospital patients in late October than in September.

CDC data shows the seven-day average of new Covid-19 cases hovers just below 70,000, down from the summer’s highest levels of over 161,000 per day.

This contrasts with the end of October last year, when the United States averaged nearly 83,600 new infections per day and cases were in the midst of an upward trend as winter approached. .

However, the number of deaths is higher than a year ago. By the end of October, the seven-day average of Covid-19 deaths in the United States was around 1,100. This was an improvement from the high summer rates of over 1,800 per day, but compared to around 800 a day at the end of October last year.