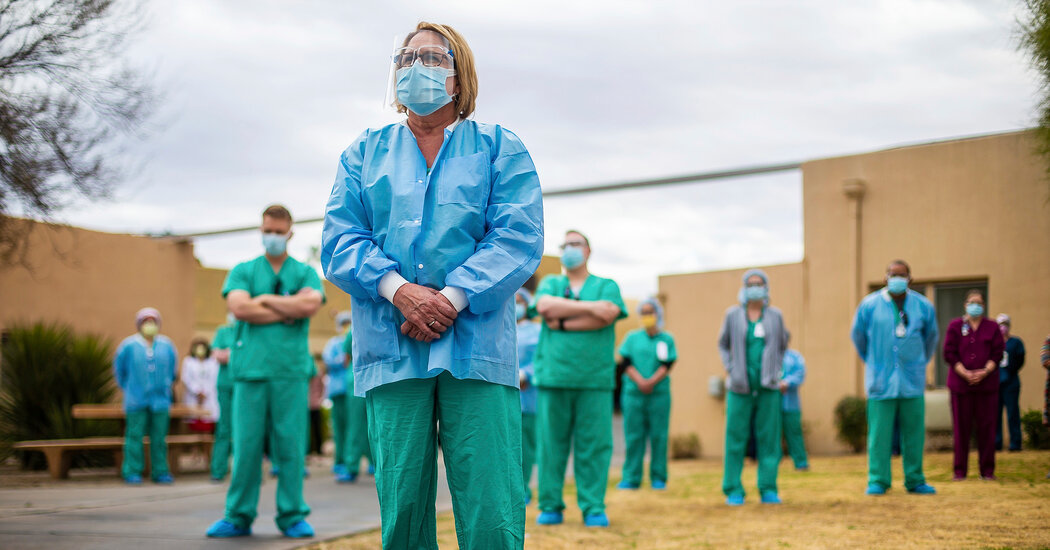 News on Covid-19, testing and the mask mandate: live updates

The highly contagious variant of Omicron is fueling a huge coronavirus surge that is pushing hospitals near capacity limits in about two dozen states, according to published data by the US Department of Health and Human Services.

At least 80% of staffed hospital beds were occupied Thursday in 24 states, including Georgia, Maryland and Massachusetts, the figures show.

More troubling, data showed that in 18 states and Washington, DC, at least 85% of beds in adult intensive care units were full, with the most acute shortage of beds in Alabama, Missouri, New Mexico , Rhode Island and Texas.

The pressure on intensive care capacity comes as the Omicron variant has triggered an almost vertical increase in infections and hospitalizations. The country as a whole and 26 states have reported more coronavirus cases in the past week than in any other seven-day period.

Source: US Department of Health and Human Services. The seven-day average is the average of one day and the previous six days of data. Currently hospitalized is the most recent number of patients with Covid-19 reported by hospitals in the state over the previous four days. The dips and spikes could be due to inconsistent reporting by hospitals. The number of hospitalizations at the start of the pandemic is underestimated due to incomplete reporting from hospitals to the federal government.

∙ Breaks in testing and data reporting during the holidays can affect case and death trends.

During this period, an average of more than 803,000 coronavirus cases were reported each day in the United States, an increase of 133% from two weeks ago, according to a New York Times database. , and 25 states and territories reported their highest weekly rate. workloads again. Deaths have increased by 53% to an average of around 1,871 per day.

That has helped lift the country’s average hospitalization rate above last winter’s peak. Hospitalizations of people who tested positive for the coronavirus during this week amount to more than 148,000 per day, a record. The numbers are growing fastest in Alabama, Florida, Louisiana, Puerto Rico and the US Virgin Islands, according to the Times database.

(The hospitalization figures include people who tested positive for the virus after being admitted for conditions unrelated to Covid-19, but there are no national data indicating the number of people in this category.)

Since Thanksgiving, the White House has sent more than 350 military doctors, nurses, and other staff to 24 states to help hospitals deal with staffing challenges, President Biden said this week, and plans to send 1,000 more troops to six hard-hit states. That’s in addition to more than 14,000 National Guard members deployed in 49 states to assist staff at hospitals and other medical facilities, he and other officials said.

On Wednesday, Governor Tim Walz of Minnesota says the state would spend $40 million in federal funds to hire more staff to help hospitals there for the next 60 days because “we know we’re going to continue to see a big spike in cases of the Omicron variant.” Minnesota hospitals have struggled to keep pace since the fall, when the National Guard was called in to help with a flood of patients infected with the more deadly Delta variant.

Also on Wednesday, Governor Kate Brown of Oregon said she was sending 700 additional National Guard members to the state – bringing the total deployed to 1,200 members – to help hospitals deal with a surge in numbers. of coronavirus patients. “Our hospitals are under extreme pressure,” she wrote on Twitter.

Our hospitals are under extreme pressure. Powered by the Omicron variant, current hospitalizations are over 700 and the daily number of COVID-19 cases is alarming. To help you, I am deploying 700 additional people @oregonguard members – for a total of more than 1,200 – to hospitals in Oregon.

A day earlier, Governor Janet Mills of Maine said she was enable 169 National Guard members to help deal with capacity constraints in hospitals, joining more than 200 members already deployed in the state.

“I wish we didn’t have to take this step,” Ms Mills said in a statement, “but the increase in hospitalizations — caused primarily by those who are unvaccinated — is stretching our system’s ability to healthcare, jeopardizing care for the people of Maine, and putting increased pressure on our already exhausted healthcare workers.