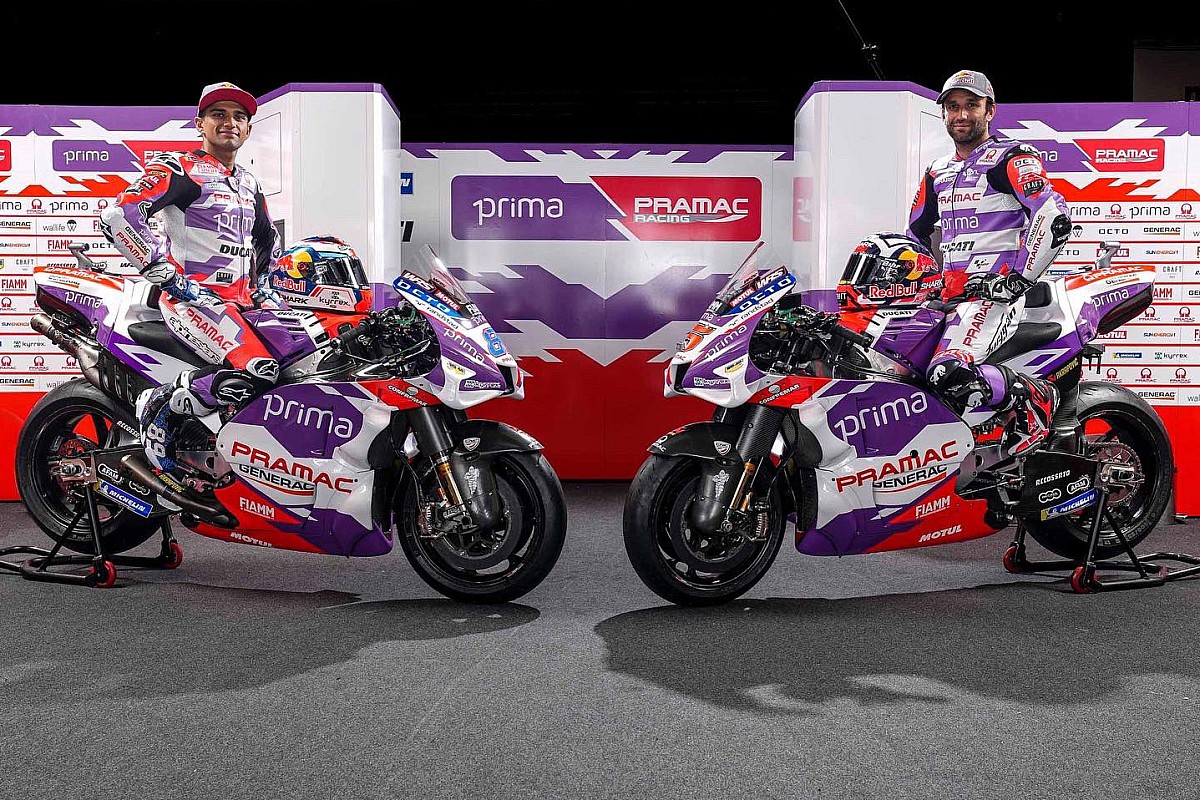 In recent years, the Ducati satellite team has traditionally staged a special livery at Mugello to mark its collaboration with Italian supercar company Lamborghini.

While Pramac will continue its trend of special Mugello liveries this weekend, it will not run the black and yellow Lamborghini colors.

Instead, to mark the arrival of new sponsor Prima – and the Italian insurance company – the team changed their colors ahead of the Mugello race, incorporating their signature purple into the bike’s design.

Revealing the new design on Thursday in the Mugello paddock, the new livery will make its track debut on Friday morning in FP1 and will remain on Pramac’s Ducati machinery until the end of the season.

Pramac won’t be the only new Ducati livery on track at Mugello this weekend, as Ducati test rider Michele Pirro will sport new livery on a wildcard outing.

The winner of the Moto2 race will ride a factory Ducati in an Aruba.it livery identical to that of the Italian brand’s global Superbike effort, which recently signed a new sponsorship deal with Aruba.

Currently, Pramac riders Jorge Martin and Johann Zarco have yet to confirm their future in MotoGP, although they will likely stay with Ducati.

Martin alongside Enea Bastianini is the favorite to replace Jack Miller in the factory team in 2023, although his results have been lacking in comparison – Martin having crashed out in five of the opening seven events while Bastianini won thrice.

At Le Mans, Ducati sporting director Paolo Ciabatti has told Motorsport.com he is close to agreeing new deals with Martin and Bastianini, but the decision on which team they will race for remains to be determined.

Ciabatti also dismissed any notion that either of them might be alienated by Ducati’s decision, noting that its riders will “think twice” before signing with another manufacturer.

A hymn to lefties | Field Notes