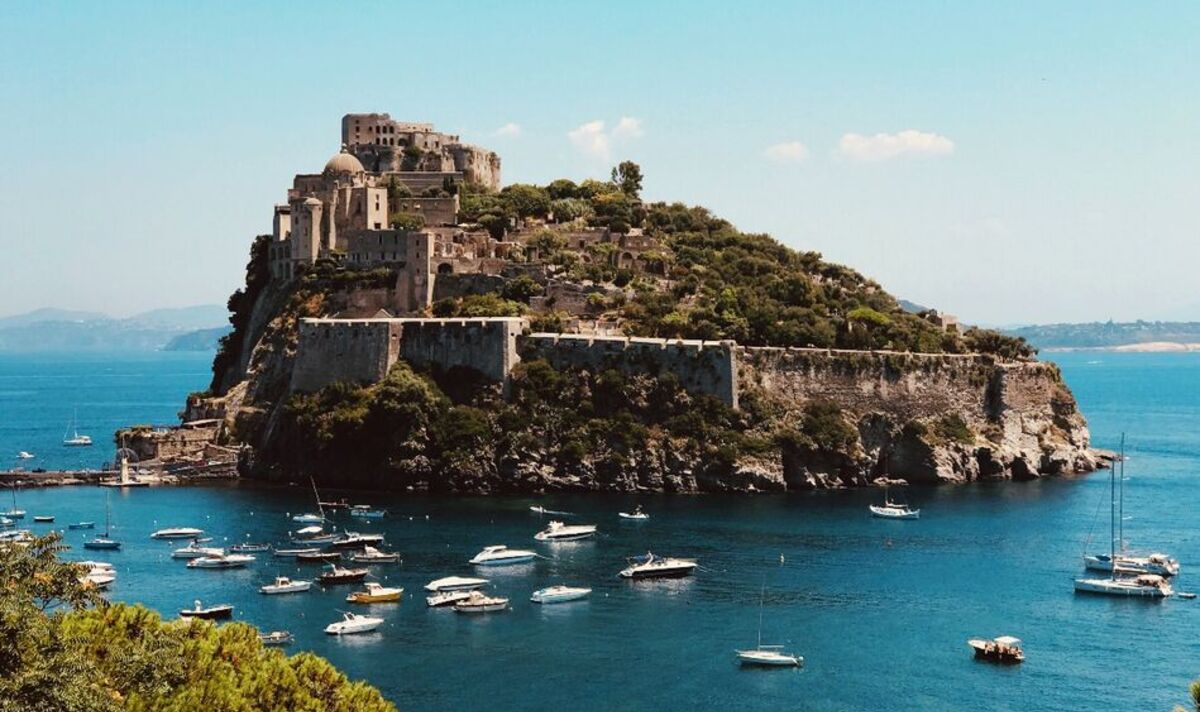 As a child, Queen Camilla spent a lot of time in a favorite vacation destination with her family. The Shand family spent many vacations in Ischia, Italy.

Near Naples, Ischia is a beautiful volcanic island with wonderful beaches and thermal springs.

Camilla spoke fondly of her time on the island and said, “It instilled a passion for Italian cuisine.”

The Queen Consort even took her own children, Tom Parker Bowles and Laura Lopes, on vacation to the island.

Tom Parker Bowles, a food critic, told the South China Morning Post: “Besides English food, the other food we grew up with was southern Italian food, because we used to go on an island called Ischia, in the Bay of Naples, for two weeks a year with my grandparents.

“They were big Italian fans, so growing up we had pasta, lots of tomatoes and lots of fish.”

Ischian cuisine is Mediterranean in style and many of the ingredients used are sourced from the island.

Although many of the island’s dishes are seafood-based, its classic dish is actually rabbit-based.

Mount Epomeo, the highest peak in Ischia, overlooks many of the island’s vineyards and chestnut forests.

Tourists can also admire the Castello Aragonese, the fortified town of Ischia, located on its own steep islet.

As a child, Camilla spent many family vacations on the island, and her own children also visited.

Although Queen Camilla is not believed to have visited the island in recent years, she is believed to hold a special place in her heart.

British tourists can fly into Naples from most major airports with October flights available from just £52 from London.

From the port of Naples, tourists can take the ferry or hydrofoil to reach Ischia for a vacation.

The ferry takes about an hour and a half while the hydrofoil is slightly faster and only takes an hour to reach the island.

Once on the island, tourists can stay at one of the spa hotels if they wish to enjoy spa treatments during their stay.