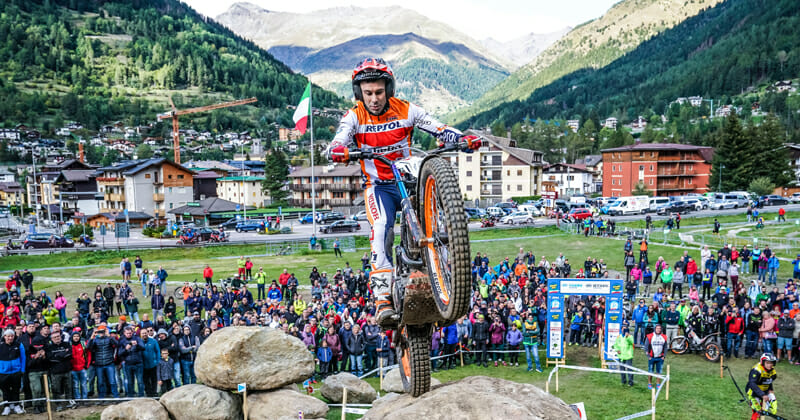 Bou knows all about winning in Italy having, before this year, emerged 14 times in 16 starts. He was pushed back to second place on Saturday by local hero Matteo Grattarola (Beta), and while that was good enough to secure his 16th consecutive TrialGP title, everyone knows the Spanish superstar hates losing – and he has. made amends on Sunday.

With only a few changes to Saturday’s hazards – notably on sections seven and eight where very steep corners proved almost impossible for the TrialGP riders – combined with slightly warmer temperatures and less rain overnight, the scores were lower. at all levels.

A month shy of his 36th birthday, Bou was in imperious form on Sunday in the foothills of the Italian Alps. His total of seven opening rounds gave him a one-point lead over Grattarola at the halfway point and his second-round score by just one stroke sealed another highly successful season which saw him claim seven wins and three runners. to the finishes.

Grattarola increased his score to a 15-high for a second-place finish to go along with his maiden TrialGP win on Saturday, with perennial Spaniard Adam Raga (TRRS) finishing the day third out of 24, including a time penalty.

Raga’s compatriot Jaime Busto (Vertigo) also incurred a time penalty as he finished fourth three points behind to secure a career-best second in the series.

Bou finished the season top of the Championship standings with 191 points, followed by Busto with 140 and Raga 131. Grattarola finished fourth with 126, while Marcelli Carballido completed the top five. NC

Click here for all the latest off-road racing news.