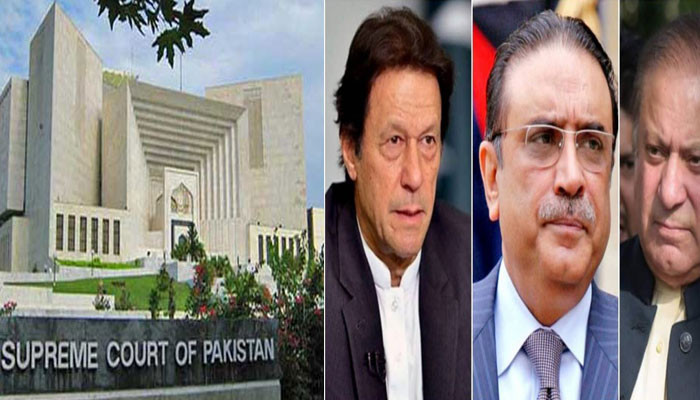 ISLAMABAD: The Supreme Court Bar Association (SCBA), JEW and PMLN presented their responses to the Supreme Court regarding their positions on Section 63A and Section 95.

The SCBA said voting is an individual right of an MP instead of a collective right of a political party under Section 95. It said the right of MPs to vote for the motion of censure against the prime minister was an individual capacity in his response during the presidential dismissal for the interpretation of Article 63A of the Pakistani Constitution.

“Each MP is independent in the use of his or her right to vote and there is no disqualification for voting against party policy in Section 63A.” “No Member shall be barred from voting under Section 63A and every vote cast under Section 95 shall be counted,” the SCBA said, adding that the public runs the system of government through its members. elected representatives. The JUI-F also submitted its response to the dismissal, declaring Section 63A “undemocratic”. “Banning voting against party policy would further weaken the already fragile democracy.”

JEW said the article in question obliges MPs – who were elected as independent candidates – to follow a political party if they join after winning. “The reference seems to imply that the Prime Minister, President and Chairman of NA have always been Sadiq and Amin (honest and trustworthy) and always will be.” In addition, the JUI-F specifies that “it is not necessary that the opinion on the reference be given before the ballot for the vote of no confidence because the case will end up before the supreme court if a file of disqualification is filed against a deputy. He said the SC notice before the vote would render the Election Commission of Pakistan forum ineffective. party elections for a while.”Selected officials cannot direct MPs to vote or not to vote under Rule 63A,” said JEW’s response.He said the Speaker of the Assembly national cannot have the power to overturn the votes of deputies, therefore the court should refrain from ending the supremacy of parliament.

The PMLN said in its response submitted to the SC that Section 63A and Section 95 are clear and that every legislator has the right to vote. The party backed JEW’s argument that every deputy’s vote will be counted and that filing the presidential citation is a premature and unnecessary decision. Moreover, the response documented by PMLN lawyer Makhdoom Ali Khan said that the Supreme Court “has the power to interpret the Constitution but not to amend it.”