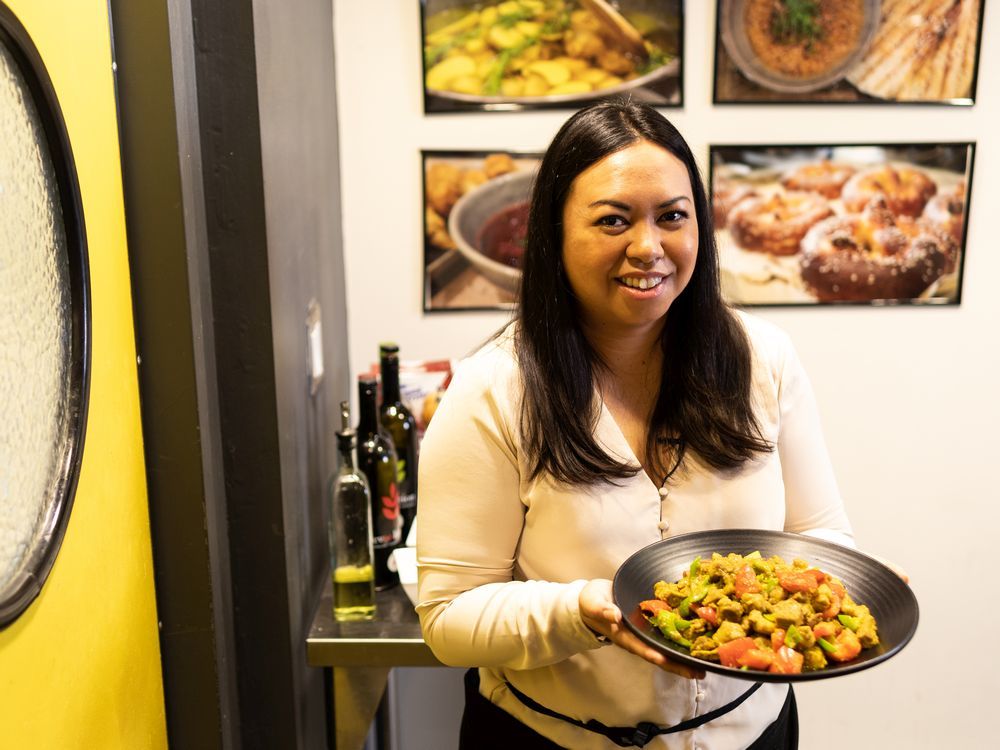 Tasting Notes: Traditional Cambodian cuisine is documented to be shared

Reviews and recommendations are unbiased and products are independently selected. Postmedia may earn an affiliate commission on purchases made through links on this page.

Having grown up as the child of Cambodian immigrants, Cheata Nao Initially, she was not interested in the food of her family’s culture.

“I started cooking in middle school, but it was more like Martha Stewart and Ina Garten, watching Rachael Ray and learning Western cooking,” Nao confesses with a laugh. “The first cookbook I bought was Canadian Living.”

That all changed shortly after returning to Edmonton from British Columbia, where Nao had obtained a WSET (Wine Spirits Education Trust) certificate and worked her way up to assistant manager and retail buyer at Kitsilano Wine Cellar in Vancouver. Back as head wine buyer at Everything Wine and More in Sherwood Park, Nao would also return to his mother’s home kitchen. It turns out that while she enjoyed many of Vancouver’s Italian, French and Japanese restaurants, she also craved authentic Cambodian cuisine.

“When I lived alone, I tried to make certain dishes from memory,” she says. “It was always just off somehow, it didn’t quite taste good. I realized that when I visited my mother, I had to pay attention and start writing recipes. The problem with Cambodian cuisine is that nobody does that, it’s always from memory. If you wanted to search for a specific Cambodian recipe, you’re not really going to find much anywhere.

Nao hopes to remedy this problem with two projects. First with her new online cooking class, where she will teach how to make dishes like Nom Banh Chok on Thursday night, and Cambodian appetizers for April 14, which is also providentially the Cambodian New Year. Her monthly virtual classroom is just the start, however; Nao is also planning to write and publish the first Cambodian cookbook published in Canada.

“It’s a kitchen that people really miss,” says Nao. “We have a lot of unique dishes that you won’t find, for example, in Thai or Vietnamese cuisine.”

Nao highlights two ingredients in particular that she hasn’t encountered in other kitchens. The first is groeung, a paste made from lemongrass, garlic, galangal, turmeric and lime leaves, although essentially there are no chilies. It is widely used in Cambodian cuisine, from stir-fries and curries to soups and fishcakes. The other ingredient is prahok, a salty, fermented fish paste originally developed when there was no fresh fish available.

“It’s very intense. So you only use a little in stir fries and dips. I haven’t encountered it in Vietnamese or Lao cuisine, which is odd since they border Cambodia. Oddly, if you go to Chinatown, you can buy prahok sauce in a jar made by a Thai or Vietnamese company.

Inspired by chef Hawa Hassan’s cookbook, In Bibi’s Kitchen, which contains stories as well as recipes, Nao also hopes to get some trivia. Given the trauma of Cambodia’s recent history, this is a very delicate situation.

“It’s hard to get Cambodian parents to talk about their lives, especially because of what happened during the war with the Khmer Rouge,” sighs Nao. “It’s something very common among Cambodian children. For now, I’m just enjoying getting closer to my mom while cooking together, and I imagine the stories will start to come naturally.

Find his upcoming classes on getcooking.ca.

Replacing sister restaurant Toast Culture nightly, Birch & Bear is currently open Sunday through Wednesday, 4-8 p.m. The vegetarian side of Birch offers dishes such as lemon-roasted kale and artichoke, as well as local pizza with mushrooms, goat cheese and leeks. The bear side of the menu features such inventive versions of the Italian staple as Korean bulgogi beef, barbecue smoked meat and potato, capicola and truffle oil.

EPL makes room for learning in The Kitchen

Food literacy and nutrition are key words when talking about the Edmonton Public Library’s new venture, The kitchen.

Offering virtual and possibly in-person entry-level cooking classes at the downtown Stanley A. Milner Library, The Kitchen will also be available to community and cultural groups looking to cook meals. There will be a wide range of offerings in the 640-metre space, from baking lessons to quick meal ideas, from decorating cakes to knife skills and beyond, aided by a range of mixers, commercial-grade appliances and ovens.

“We started having conversations with the community as early as 2014 about this,” says Tina Thomas, executive director of customer experience at the library. “So when we were designing spaces at the new Milner, we wanted to understand what other things people would be interested in, and a commercial kitchen came up. That was number four of the things people wanted to get hands-on experience with at the library. .

In-person classes are still going strong, but Thomas notes that virtual programming has been a huge success for the library.

“We offer free language lessons and they are over capacity every time,” she notes. “We had to double the number of courses we offer. For cooking classes, it’s good for people who work all day and don’t necessarily want to go out at night. Our sustainable kitchen series, which we launched two years ago, was a nice surprise. It’s related to cooking, nutrition, and sustainability, and all the classes we’ve put in place are all at capacity with a waiting list.

Aside from cooking classes, The Kitchen website also offers articles and videos on cooking tips, cooking utensils, and low-cost cooking.

“We had an expert talking about how to sharpen your knife,” says Thomas. “I never realized that I had done things wrong all along. I’m supposed to flip my knives the other way around in the knife block and not have the blade down, so that was an education for me as well.

Downtown Restaurant Week is back, from March 30 to April 10, in various restaurants downtown. Look for deals ranging from $20 to $65, ranging from steakhouses to sushi shops and more at over 60 participating restaurants.

For a fun night out, you might want to stroll through the Craft Beer Market on April 4 at 7 p.m. for Tapping the West, an evening of storytelling and beer tasting hosted by Scott Messenger, author of Harnessing the West: How Alberta’s craft beer industry sprang from a flat economy. Tickets are $15.75, available in advance from Eventbrite.

Sign up to receive daily headlines from the Edmonton Journal, a division of Postmedia Network Inc.

Thank you for your registration!

A welcome email is on its way. If you don’t see it, please check your spam folder.

The next issue of Edmonton Journal Headline News will soon be in your inbox.

We encountered a problem during your registration. Try Again