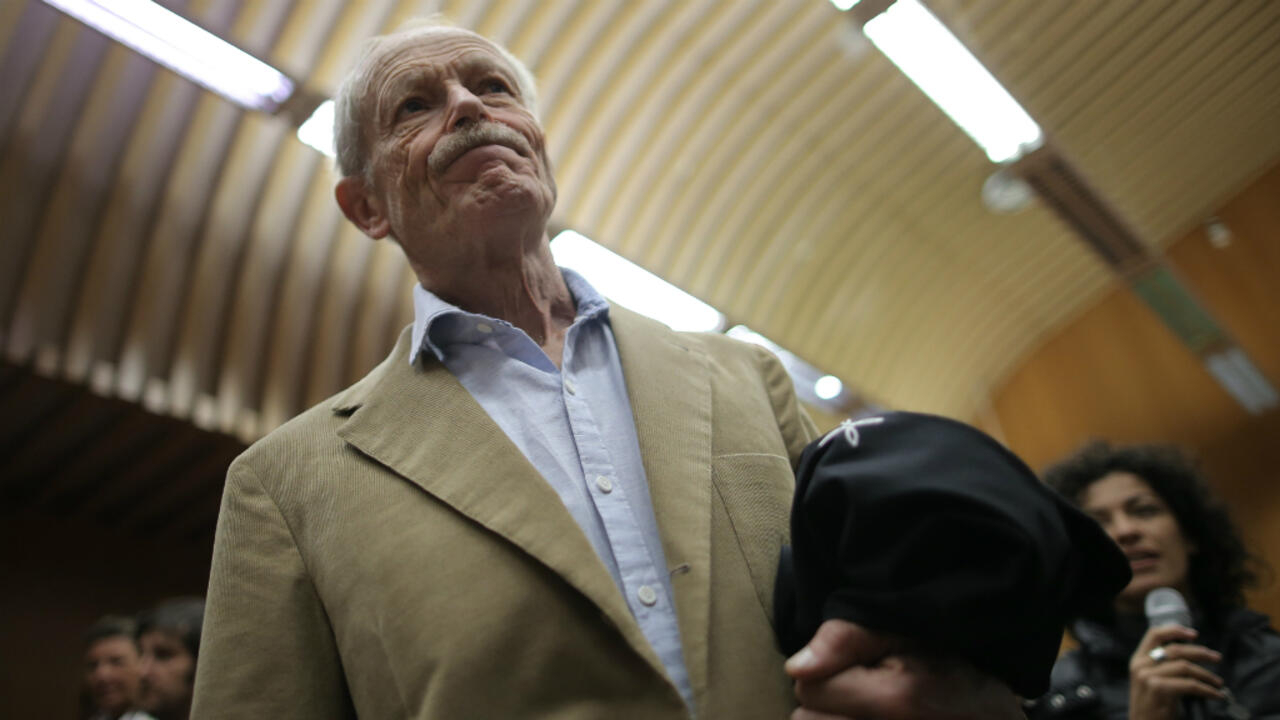 An Italian court on Monday cleared acclaimed writer Erri De Luca of inciting criminal damage by saying a controversial Franco-Italian rail link across the Alps should be sabotaged.

A judge in the northern city of Turin has handed down a not-guilty verdict in a case that has become a cause celebre for anti-globalization activists and a test of the legal limits on artistic freedom.

De Luca was accused of encouraging vandalism in 2013 interview comments in which he described the sabotage of the rail link as “legitimate” and “righteous”, with the prosecution arguing that his international fame made it likely that his position would encourage activists to act.

Prosecutors had requested an eight-month prison sentence for the 65-year-old writer if convicted.

De Luca was prosecuted at the instigation of LTF, the Franco-Italian consortium building the multi-billion euro link between Lyon in France and Turin in northwestern Italy.
The Italian authorities then joined the accusation.

The author’s defense was that the verb “sabotage” has several possible meanings, not all of which equate to physical action.

“I defend the origin of the word sabotage in its most effective and broad sense,” he said in his closing remarks on Monday.

“I’m prepared to face criminal charges for using it, but not to allow my Italian language to be censored or diminished.”

De Luca claimed to have been put to death by “an article of law that dates back to the fascist period” that had never been applied to a writer before.

“I am the first, but I also have to be the last,” he said last week.

A petition calling for her cause to be thrown out has been signed by more than 500 artists from 20 countries, including British director Ken Loach, Italian jazz trumpeter Paolo Fresu, German author Brigitte Glaser and French actress Isabelle Huppert. .

Opponents of the rail link say it will destroy the pristine Val di Susa on the Italian side of the Alps and potentially release toxic asbestos particles into the environment.

The project has also been criticized as a misuse of public funds, by France’s public spending watchdog as well as environmentalists.

Both governments are firmly committed to the 26 billion euro ($29 million) program, which is expected to be completed by 2030.

De Luca is a lifelong radical whose literary accounts centered on his hometown of Naples have been translated into English, French, German, Spanish and a number of other languages.

He is best known for “Montedidio” (2001, translated into English as “God’s Mountain” in 2002) which won one of France’s best-known literary prizes, the Femina.

Umberto Eco, Italian writer and author of “The Name of the Rose”, deceased at 84