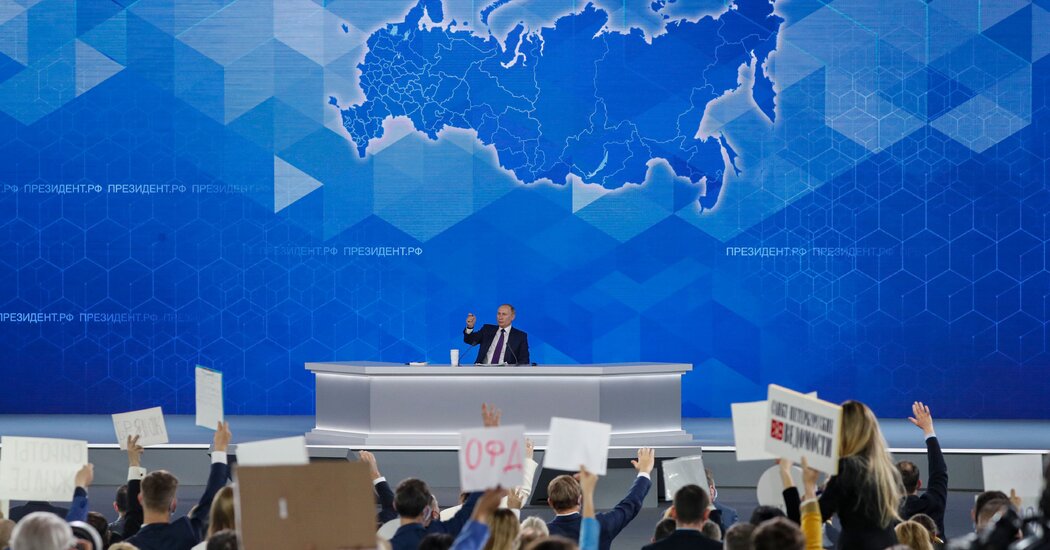 The world is waiting for Putin’s word on Ukraine, but on this he is silent

“Let’s see the answer first,” Kremlin spokesman Dmitry S. Peskov said this week when asked about Russia’s position. “Then the position will be formulated based on the conceptual guidance provided by the Head of State.”

Behind the scenes, according to the Kremlin’s account, Mr. Putin has been busy. Over the past two weeks, Mr. Putin has spoken by telephone with the leaders of Armenia, Azerbaijan, Cuba, Finland, Israel, Kazakhstan, Nicaragua, Pakistan, Uzbekistan and Venezuela. He welcomed the President of Iran, Ebrahim Raisi, to the Kremlin.

But right now, it seems that the silence on Ukraine is the signal.

Ms Stanovaya, who has studied Mr Putin for years, said she saw three possible explanations for the president’s silence. After laying out his hard line demanding immediate concessions from the West late last year, Mr Putin may see no point in repeating himself and leaves the back and forth to his diplomats. He may also see a glimmer of hope for a possible deal and want to avoid talking about it for the time being. Or he may have already decided on a military action plan and is preparing to implement it while awaiting an official response.

“We will always hear from him,” Ms Stanovaya said of Mr Putin.

Rather than publicly discussing Ukraine, Putin held a televised meeting with government officials on Wednesday during which he discussed cryptocurrency regulation and the pandemic. His videoconference earlier in the day with Italian business executives lasted an hour longer than expected, according to Vincenzo Trani, president of the Italian-Russian Chamber of Commerce.

Understanding the escalation of tensions over Ukraine

Ominous warnings. Russia called the strike a destabilizing act that violates the ceasefire agreement, raising fears of further intervention in Ukraine that could drag the United States and Europe into a new phase of the conflict.

The position of the Kremlin. Russian President Vladimir V. Putin, who has increasingly portrayed NATO’s eastward expansion as an existential threat to his country, said Moscow’s military buildup was a response to the deepening Ukraine’s partnership with the alliance.

The meeting was “very friendly”, Mr Trani said. But there was no mention, even in the non-televised portion of the meeting, of the big geopolitical issue of the day.

“On Ukraine, absolutely zero,” said Mr. Trani, who added that the only thing related to tensions was when Mr. Putin answered Mr. Trani’s question about stability.

“I said we had a great need for stability,” Trani said, adding that he also meant stability in the region.

Gastro Journal publishes statements of concern on 40 articles on probiotics