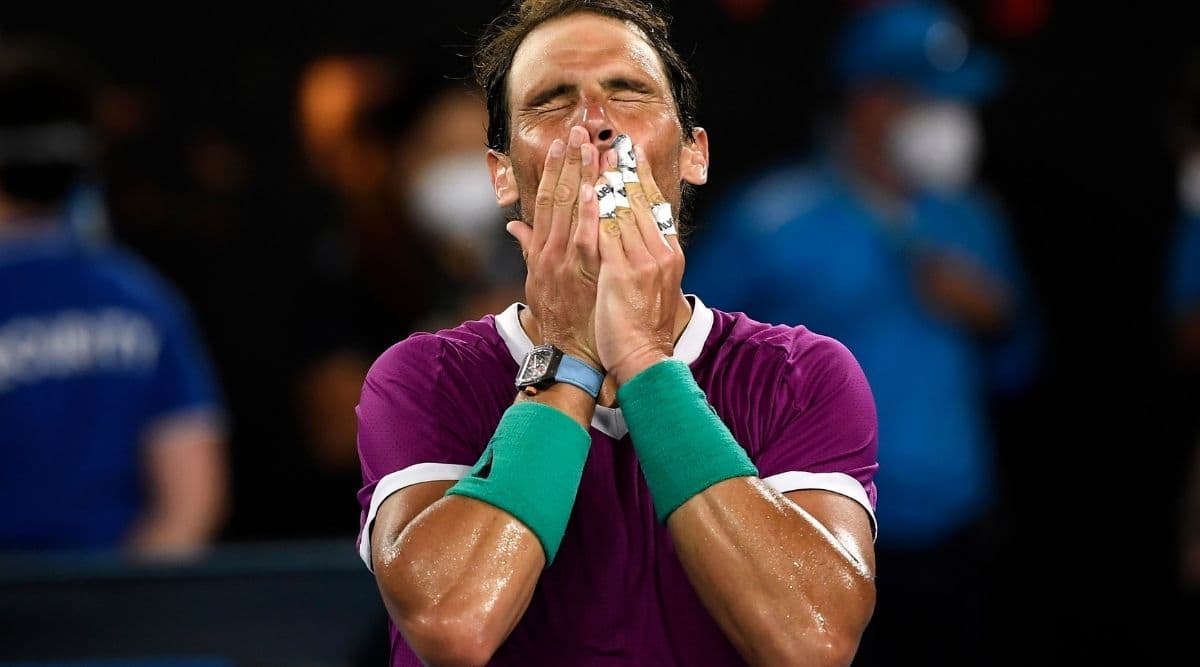 The 35-year-old suffered an emotional breakdown after winning a grueling contest against the Italian. Rafael Nadal is just one victory away from claiming a record 21st Grand Slam title.

One more and he will break the record of 20 majors he shared with Roger Federer and Novak Djokovic. He will also become the fourth man in history to win all four Grand Slam titles at least twice.

In Sunday’s league match, he will face the winner of the last semi-final between US Open champion Daniil Medvedev and Stefanos Tsitsipas.

As the rain poured outside, Nadal, 35, got off to a fast start under the closed roof of the Rod Laver Arena and took control by breaking Wimbledon runner-up Berrettini’s serve early in each of the first two sets.

Nadal’s vicious forehand did most of the damage early on, pinning Berrettini behind the baseline and giving him very little time to produce his big groundstrokes.

“I started the match playing very well. The first two sets are among the best for a long time,” Nadal said on the pitch.

“I know how good Matteo is. He’s a very solid player, very dangerous. In the third I knew that at some point he would go for the shots.

“We have to suffer and we have to fight. It’s the only way to be where I am today. Honestly, it means a lot to me to be in the final here again.

It will be Nadal’s 29th major final on Sunday and a second title at Melbourne Park would make him just the second man after Djokovic to win every Grand Slam title twice since the sport turned professional in 1968.

“I’ve been a bit unlucky in my career with injuries and other times I’ve played amazing finals with good chances,” said Nadal, who will be playing in his sixth Australian Open final. . “I’ve been close many times.

“I feel very lucky to have won once in my career in 2009 but never thought of another chance in 2022.