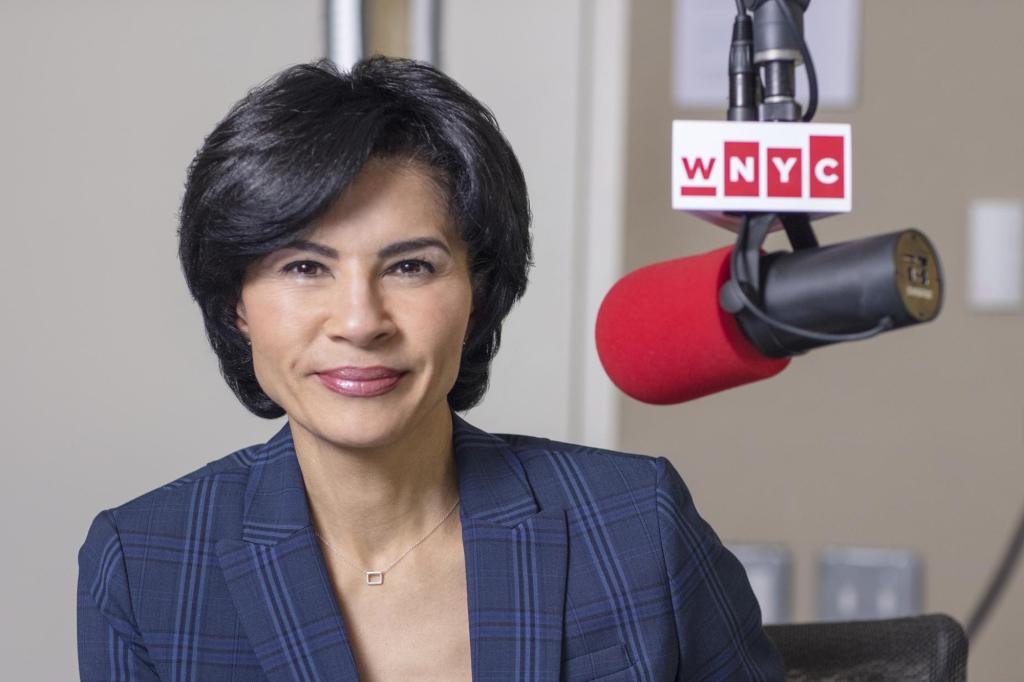 WNYC staff member Jami Floyd authored 45 articles that were removed from the wnyc.org and Gothamist websites last week after an internal review found parts of them had been plagiarized, The News has learned. Post.

Floyd, 57, was the director of New York Public Radio’s Race & Justice Unit and its legal editor until Monday morning, when she abruptly resigned from her position.

The resignation came after WNYC removed the allegedly plagiarized articles and told Floyd it was a dismissable offense, a source familiar with the matter told The Post.

Meanwhile, Floyd has already indicated that she plans to sue WNYC – calling a press conference on Tuesday morning where she plans to speak about what she described as ‘allegations of racism and discrimination at WNYC’ .

The allegedly plagiarized articles were published over a period dating back to 2010, when Floyd began writing for the outlet as a freelancer. Some of the posts included entire paragraphs taken verbatim from other sources – including Wikipedia, the source claimed.

“They went through everything she had written [for the station]”, the source told the Post. “They were all versions of plagiarism, whether it was ripping out entire sentences or summarizing other people’s work without crediting them.

“She was aware that this was a dismissable offense and they had spoken to her about splitting up,” the source added.

WNYC did not immediately respond to The Post’s request for comment.

Last week, WNYC revealed in an editor’s note that it had removed the articles, which included 41 posts on WNYC.org and four posts on Gothamist.com, due to what they described as ” violations of our editorial standards”.

The editor’s note states that 42 of the articles were found to “contain unattributed passages from other sources”, while the other three were published on other websites in identical form. The note did not identify Floyd as the author.

“WNYC takes its editorial standards very seriously and is committed to providing the public with the highest quality news and analysis,” the outlet said in its note.

Although the articles have been deleted, some archived versions are still available. In a 2017 case, an article with Floyd’s signature detailed four possible outcomes of then-Supreme Court nominee Neil Gorsuch’s Senate confirmation hearing.

A search revealed that the passage may have been taken directly from an article published by the Daily Signal – which used the same numbered format used to illustrate the four findings.

Signs of scrutiny regarding Floyd’s work at the WNYC first emerged last November, when The New York Times reported that Gothamist had removed four articles with his byline. The articles drew lines directly from Wikipedia entries and publications such as Salon without attribution, according to the Times.

At the time, Floyd acknowledged that “errors” had occurred, but denied that they were “intentional or designed to deceive anyone”.

“My fellow journalists work hard to express themselves and I would never want to borrow another author’s work, even inadvertently,” Floyd said. “To the extent that I did, I am deeply sorry.”

Floyd also published a lengthy rebuttal last November to The Times’ original report of plagiarism allegations, describing the article as “inaccurate and damaging to my reputation.” She added that she was “terribly, terribly sorry” for the situation – but accused people in the WNYC newsroom of trying to “undermine” her work “in the area of ​​race and justice “.

“While I have publicly taken responsibility as editor and author, this story comes against the backdrop of a cancel culture in which people who disagree with a colleague will use social media and to destroy that person’s job and career,” Floyd wrote.

Floyd retained his job after the incident – but lost key responsibilities related to his role as head of the race and justice unit, The Post has learned.

“She was allowed to stay at the station, except she could no longer write or edit journalism,” the source said.

WNYC conducted a comprehensive review of every article Floyd had ever written for its websites after a separate Columbia Journalism Review article detailed internal turmoil in the newsroom over the outlet’s editorial practices, according to the source.

CJR said it found “at least five other WNYC articles” with Floyd’s byline with paragraphs that appeared “strikingly similar” to language included in articles from other publications, such as SCOTUSBlog and Business Insider. Floyd has previously denied any wrongdoing related to these articles.

By the end of its review, WNYC had removed nearly 25% of all articles Floyd had written, both as a freelancer and full-time employee, the source told the Post.

Meanwhile, Floyd is expected to address his allegations against WNYC at a press conference Tuesday morning outside a US federal courthouse in Lower Manhattan.

When contacted for comment, a representative for Floyd said she would expand on her allegations at the press conference – adding that the claims would be ‘newsworthy’ but providing no further details.

“Jami Floyd will highlight major allegations she experienced during her recent employment at WNYC that others have been too afraid to make public,” the rep said in a press release. “She has stepped down to explore several major opportunities and is free to speak out.”