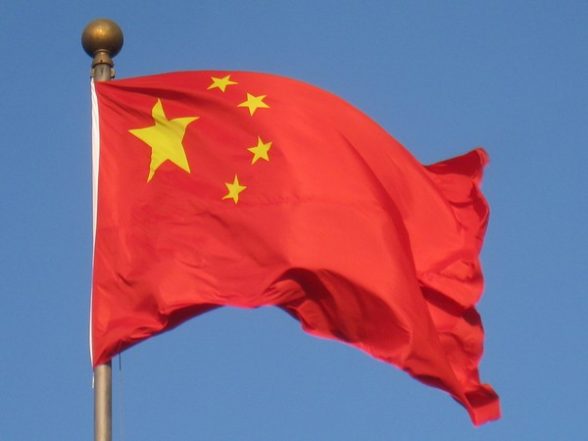 beijing [China]Aug. 28 (ANI): The media is the voice of the Communist Party of China (CCP) at home and abroad, and collaborations between Chinese and foreign media have attracted more global attention for years, but the latest rupture Italian and Chinese party media raised eyebrows.

It should be noted that Italy was the first European state to endorse China’s Belt and Road Initiative in 2019 when President Xi Jinping visited the country on a three-day trip.

A case study of the international relevance of the CCP’s information warfare is Italy. The country is important for two reasons: first, Italy is the European country where the Chinese propaganda war and media colonization began earlier, and it was massive and systematic. Second, some Italian media decided this month to break free from Beijing’s propaganda shackles, even if all the problems were not solved, as described by the Bitter Winter.

Italy’s main newswire ANSA ended its cooperation agreement with China’s state-controlled news agency Xinhua, in another step to stay away from Beijing’s propaganda.

Read also | Pakistan: tumult in the city of Bannu after the closure of the women’s park following demonstrations by Islamists and religious leaders.

About six months ago, the rift between the two media institutions took place, and apparently the Russian military operation in Ukraine (and the Chinese propaganda around it) had a wider impact on them than expected, have reported local media citing the Italian newspaper Libero.

According to local media, the main culprit behind the breakup of ANSA and Xinhua was the government of Mario Draghi and at the cost of around half a million euros.

According to Italian journalist Andrea Morigi, it all started in 2010, when Class Editori, publisher of the Milano Finanza and Italia Oggi dailies and a few other periodicals, and owner of the Class Cnbc, Class Life and Class TV Moda television channels, signed a collaboration contract with the Chinese state news agency Xinhua, official mouthpiece of the CCP.

In 2014, one of the main Italian news agencies, AGI, signed a similar agreement with Xinhua, after the one concluded in 2011 and preceding another concluded in 2015. In March 2015, AGI also became a partner of the spokesman of the PCC Peoples’ Daily.

“AGI was among the first media outlets to partner with Chinese news groups. China, which only lasted a few years, however,” notes the IAI 2021 report, according to the magazine.

Recall that AGI is a news agency owned by ENI, the Italian oil and gas multinational created by the Italian state in 1953.

On March 20, 2019, the IAI report adds, Il Sole 24 Ore, Italy’s most important economic and financial daily, owned by the General Confederation of Italian Industry, signed an agreement with China’s Economic Daily, a newspaper founded in 1983, brought under the control of the PRC State Council and managed by the Publicity Department of the CPC Central Committee, the Bitter Winter reported.

This agency, founded in 1921, is known as the Central Propaganda Department and is an internal division of the (CCP) in charge of information flow and media censorship.

This collaboration between CCP agencies and the Italian media has led the latter to present two types of information from China: convenience and entertainment information on a variety of topics, and Communist Party propaganda on burning issues such as the policy towards Uyghurs in Xinjiang, COVID-19, democracy in Hong Kong and threats against Taiwan.

In May 2021, a report by the International Federation of Journalists revealed how China manipulated the media over COVID-19 and Xinjiang, specifically naming Italy as the worst case scenario, according to Bitter Winter magazine.

In October 2021, Istituto Affari Internazionali (IAI), a Rome-based center for international studies, released a second major report on the subject, ironically titled “One Belt One Voice: Chinese Media in Italy”.

In November, the Prague-based NGO Sinopsis published a third exposé on the CCP’s infiltration of Italian politics and media. The Czech report was covered by the Italian press, mainly by the daily Libero, which, under the leadership of Alessandro Sallusti since May 2021, has become an important anti-CCP stronghold.

According to the magazine, an Italian journalist Andrea Morigi wrote in the May-June 2020 issue of the Italian periodical Cristianita, documented that it all started in 2010, when Class Editori, the publisher of the daily newspapers Milano Finanza and Italia Oggi and some other periodicals, and the owner of the Class Cnbc, Class Life and Class TV Moda TV channels, signed a collaboration contract with the Chinese state news agency Xinhua, the official mouthpiece of the CCP.

In 2014, one of the main Italian news agencies, AGI, signed a similar agreement with Xinhua, after the one concluded in 2011 and preceding another concluded in 2015. In March 2015, AGI also became a partner of the spokesman of the CCP, People’s Daily. .

Another top Italian newswire, AGI, had already broken its agreement with the Chinese Communist Party in 2019, just before the pandemic gripped the world. This led to the 2020 massive disinformation campaign targeting Italian public opinion, according to local media.

At the time, Italian journalists were reporting intense court activity from Beijing due to the first wave of Covid. This included being approached by Chinese officials and Chinese media offering content already packaged for the Italian market for the first time, as found in a 2021 study by the International Federation of Journalists.

The latest content published by Xinhua appeared on the ANSA website on June 21, 2022. The next day, the Italian management of Xinhua News immediately switched to the Nova agency, a minor newswire. (ANI)

(This is an unedited and auto-generated story from syndicated newsfeed, LatestLY staff may not have edited or edited the body of the content)